« Rand Paul is running for president | Main | Rubio: Teachers in my family say we test too much »

Gov. Rick Scott on Medicaid expansion: What we have now works 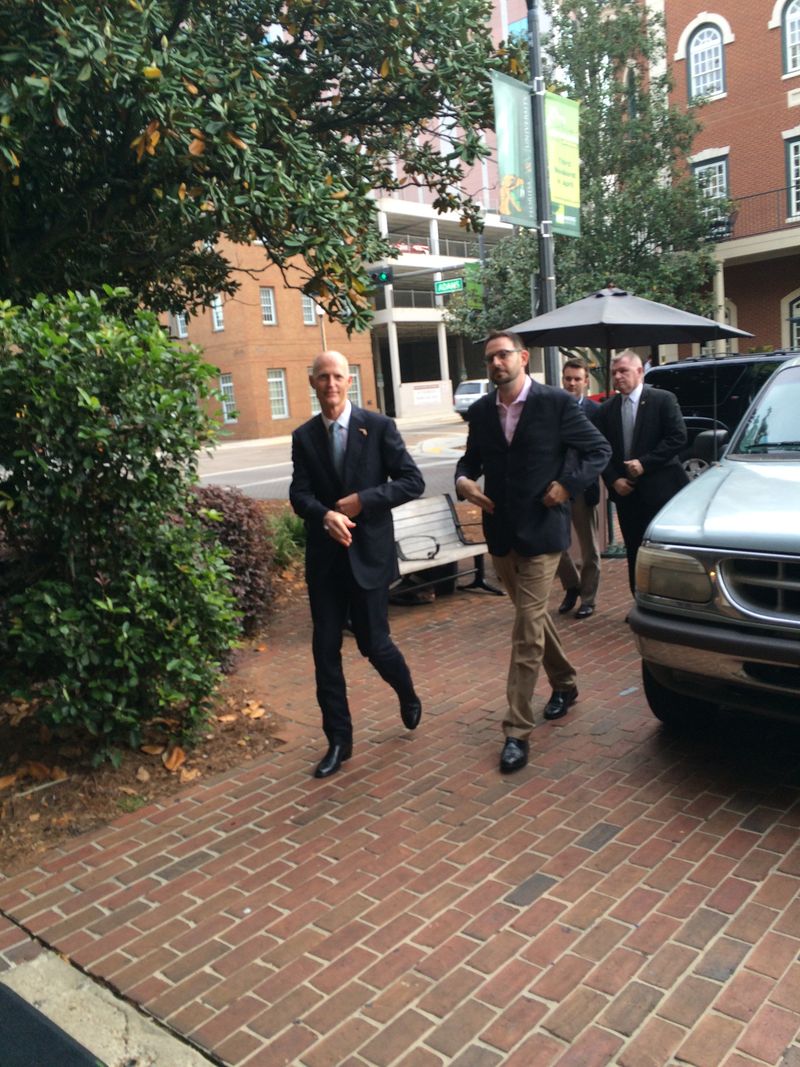 Gov. Rick Scott on Tuesday continued to refuse to answer direct questions about whether he continues to support the expansion of Medicaid but, in an interview with the Herald/Times, the governor all but said he has abandoned that position in support of the reforms enacted during his term.

"We don’t have a Medicaid program that would be exactly the way I would do it,'' said Scott, after a morning appearance before the Florida Insurance Council at the Governor's Club in Tallahassee, an event that was left off his public calendar. "I go back to what I proposed in 2009. If you want to fix health care, fix the cost of health care."

Scott repeated the talking points of Florida House leaders, who have said they can't trust the federal government after it has indicated it may not renew the federal cost sharing program for low income Floridians, known as the Low Income Pool, leaving a $2 billion hole in the state budget.

"Why would you trust them?,'' Scott said. "It’s a federal program that they’re now just walking away from for our medical schools and our low income families...What I said yesterday was what I believe. We’re watching the federal government how they act. They have a federal program that they are walking away from so how can we feel comfortable doing anything else with them until they live up to their side of the existing part."

We asked: If the federal government shows up with some LIP money, where would you be on Medicaid expansion?

Scott answered: “They are totally separate. What I’ve been told from AHCA and their conversations with CMS is that the LIP program is totally separate from  whatever happens on Medicaid."

So would you like to see Medicaid expanded? “I like the program we have right now," Scott replied. "I like what we did, where we got the waivers.”

So there’s no need to keep pushing for that? “I like the program we have,'' he repeated. " …Remember when I walked in? We had the Medicaid program that was I think was growing three times our general revenue – I could be off a little bit probably – that we couldn’t afford.

"We passed historic reform in 2011. We got the waivers done in 2012/2013. We now have a program we can afford. We have a program where we have someone who is responsible for the care of our Medicaid recipients, so that program’s working.”

Meanwhile, sources told the Herald/Times that the governor has privately complained that discussions over the LIP funding were disrupted last week after the Senate sent Sens. Garrett Richter and Rene Garcia to Washington to discuss with their position on LIP funding and Medicaid expansion.