He couldn't, really, not at an event titled "Politics and Pie" where he had shown up with two key lime pies from Joe's Stone Crab in Miami Beach to contribute to the spread.

So Bush, whose paleo diet (and personal trainer) have become famous for helping him slim down remarkably, broke the rules and dug in. He hadn't had pie since December, he said, and added that key lime is his favorite but he would "save that for the people of New Hampshire."

Then he went for the blueberry.

"To hell with the diet!" Bush proclaimed before a throng of cameras trained on his first bite. 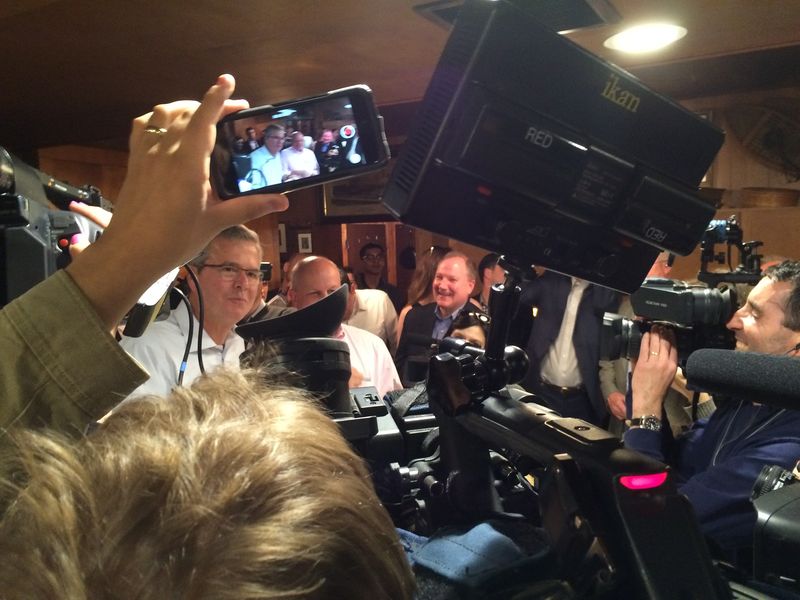