Speaker Steve Crisafulli rose to Rep. Matt Gaetz' defense after a tweet with racial undertones drew ire through the evening. 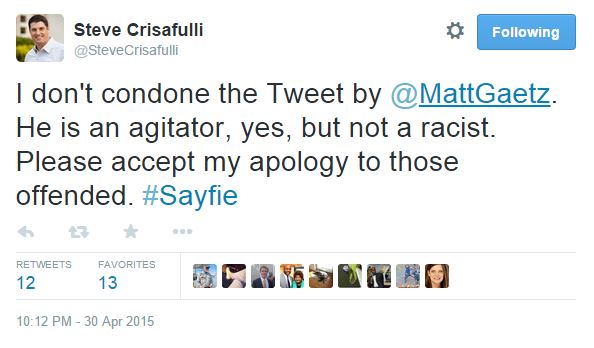 After Senate Democrats requested an emergency ruling from the state Supreme Court to force the House to reconvene in Tallahassee, Rep. Matt Gaetz, R-Fort Walton Beach, ignited a social media fight, presumably related to misspellings in the document filed with the court.

In a tweet this afternoon, Gaetz singled out Democratic Leader Arthenia Joyner and Sen. Dwight Bullard, both of whom are black. 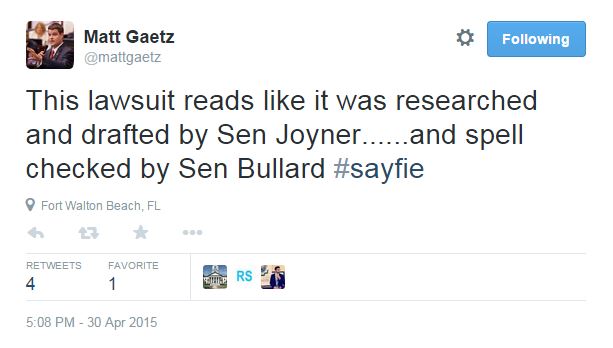 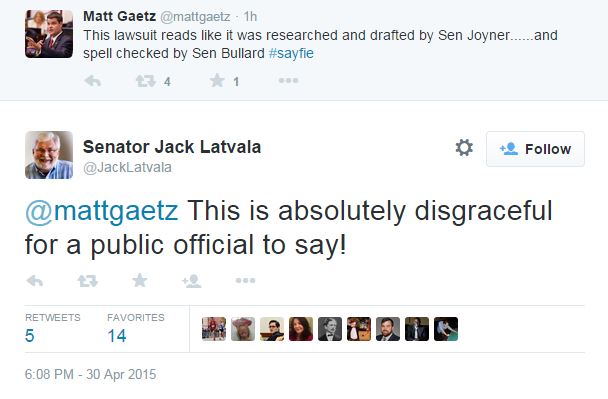 And Sen. Dwight Bullard, D-Cutler Bay, rose to his own: 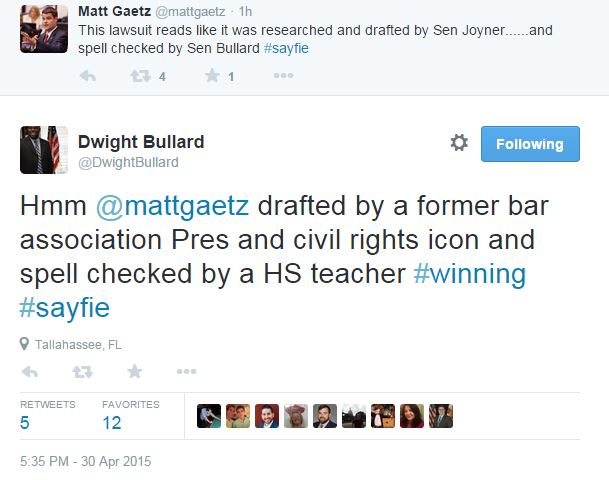