"What I am hearing in Washington, including from people in Hillary Clinton's campaign, is that the first person in their lists is Julián Castro," said Cisneros, according to the transcript of an interview taped with Univision's Al Punto.

The public affairs show airs on Sundays at 10 a.m. on Univision 23-WLTV in Miami.

"... They don’t have a second option," said Cisneros, "because he is the superior candidate considering his record, personality, demeanor and Latin heritage."

This week, Washington was buzzing with talk of a Clinton-Castro ticket.

At an appearance at the National Press Club, Castro was asked about talk of him being a VP choice.

"We'll see what happens," Castro was quoted as telling The Hill. "There's no grand plan."

In his Washington Times column, Joseph Curl wrote that some members of Clinton's team "are already pushing Julian Castro as her vice presidential nominee, with one source telling me last week that right now, there isn't even a second choice."

Curl quotes a "source...close to top Clinton officials," as saying, "There's only one person the top guys are looking at right now, and that's Julian. They know the Republicans are making a big push this cycle for the Hispanic vote, so that makes Castro an easy pick - and an obvious pick."

Raised by a single mom in Texas, Castro is a Stanford University and Harvard Law School graduate.

Before joining HUD in 2014, Castro served three terms as mayor of San Antonio, beginning in 2009.

In 2010, Time magazine placed him on its "40 under 40" list of rising stars in American politics.

In 2012, he delivered the keynote address before the Democratic National Convention. 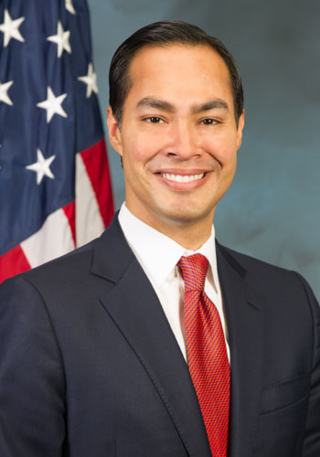