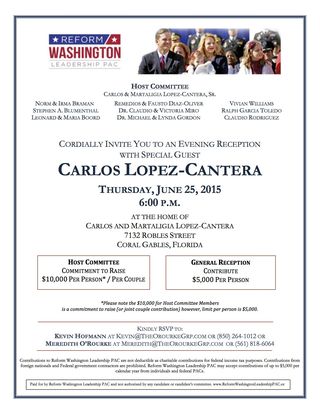 Fundraising efforts continue to gear up for Lieutenant Gov. Carlos Lopez-Cantera and his non-campaign for U.S. Senate.

Lopez-Cantera has not announced his candidacy but has been making calls to gauge support. As long as he remains a non-candidate, federal law allows him to raise money for his super PAC without violating campaign-finance laws that prohibit candidates from coordinating with super PACs.