Will the roadmap through Florida redistricting include revising Senate map early? 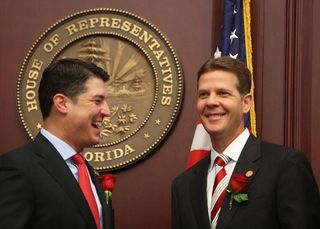 Like the aftershocks of an earthquake, Florida legislators are feeling the tremors of the Florida Supreme Court’s redistricting ruling on their own districts — particularly in the state Senate.

Senators who thought they had comfortable re-election bids are now facing uncertainty as questions loom about whether the same factors that led the court to invalidate the congressional map will provoke judges to reject the Senate political boundaries, too. That would force the Legislature into another special session to redraw the Senate map and potentially make politically safe districts for many incumbents more competitive.

Legislative leaders are privately discussing whether to proactively redraw the Senate map before it is thrown out by a court or — in their worst-case scenario — redrawn by the court.

“One could say that since the court has returned the congressional maps to us twice, there is reason to believe a Senate map could be returned as well,” said Rep. Jose Oliva, R-Miami, who will head the House redistricting committee when lawmakers return in special session in August.

But, Oliva told the Herald/Times, “if any discussions are happening about the Senate maps, it’s happening between presiding officers.” House Speaker Steve Crisafulli, R-Merritt Island, and Senate President Andy Gardiner, R-Orlando, would not confirm that discussions are taking place.