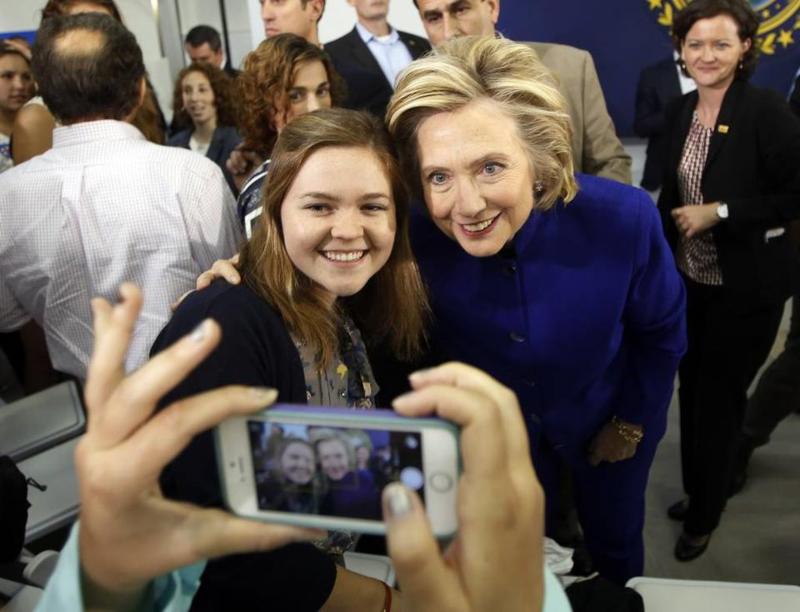 KEENE, N.H. -- You’ve heard that the FBI is investigating Hillary Clinton’s handling of classified information on her personal email server as secretary of state. And you know that nobody considers Mrs. Clinton nearly as skilled a politician as her husband, Bill Clinton, or as magnetic as her old boss, Barack Obama.

What you may not realize, and what is consistently overlooked lately amid her email scandal, the attention on Donald Trump, and the buzz about gigantic crowds for Democratic primary rival Bernie Sanders, is that the cautious candidate so often depicted as cold and distant connects quite well with voters.

“She brought me to tears. I am a tough, cranky, hard-a-- New Englander, and she touched my heart today,” businesswoman Denise Andrews said after attending a town hall meeting in Exeter, N.H.

News coverage of Clinton’s Exeter appearance focused on her reaction to “offensive, outrageous” Trump, rather than her interaction with the mother of a 5-year-old girl battling cancer or the young man drowning in college loans and unable to find a job. (“You’re a good-looking young man. You ought to be out in the world making your way,” Clinton said, sounding like a grandma.)

“She has so much compassion, and it shows,” said middle school teacher Sarah Harris, the mother of that girl close to beating Stage 4 liver cancer. “She’s a person, she’s a grandmother, she’s somebody’s mother.”