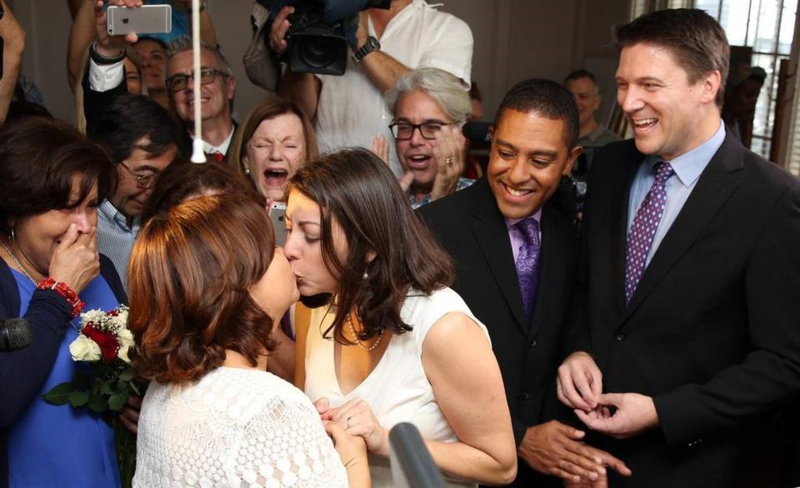 The first same-sex couple to legally marry in Florida went back to court Thursday, one week after they had twins and the state refused to list the non-birth mother on the babies’ birth certificates.

“Here we go again. It’s ridiculous,” said Pareto, who with Arguello, five other same-sex couples and Equality Florida Institute, successfully sued in 2014 in for the right to marry in Miami-Dade Circuit Court.

“Our twins were born last Thursday at Baptist Hospital,” Pareto said. “When it came time for Vital Records to prepare the birth certificates, when Karla requested that I be added as the second parent, I was denied.”

So far, the Florida Health Department has not publicly responded to the lawsuit. Whitney Ray, a spokesman for Pam Bondi, said the attorney general’s office “is not a party to this lawsuit” and has not discussed it with the health department.