"This Key west 'bump in the road,' no matter how anyone attempts to frame it, in no way diminishes your impressive accomplishments over the years or reflects in any way on your continuing desire and determination to better the lives of the citizenry you have always represented with great honor and dignity," Clarence Washington, president of the local chapter of the AFL-CIO's Transport Workers Union, wrote Tuesday.

On Saturday, Diaz was pulled over for going 74 mph in a 30-mph-zone on his Harley-Davidson motorcycle near mile marker one. He declined to have his breath analyzed for alcohol, but police said he failed sobriety tests. He was cuffed and spent the night in jail, and on Monday proclaimed himself "extremely sorry" without specifying what he had done wrong.

On recent close votes involving union contracts, Diaz joined the pro-labor bloc on the 13-member commission. Unions also helped back his 2014 reelection to another four-year term.

In his letter, Washington wrote he was "very disturbed" to learn of the incident, which he called a "very personal and very private matter." 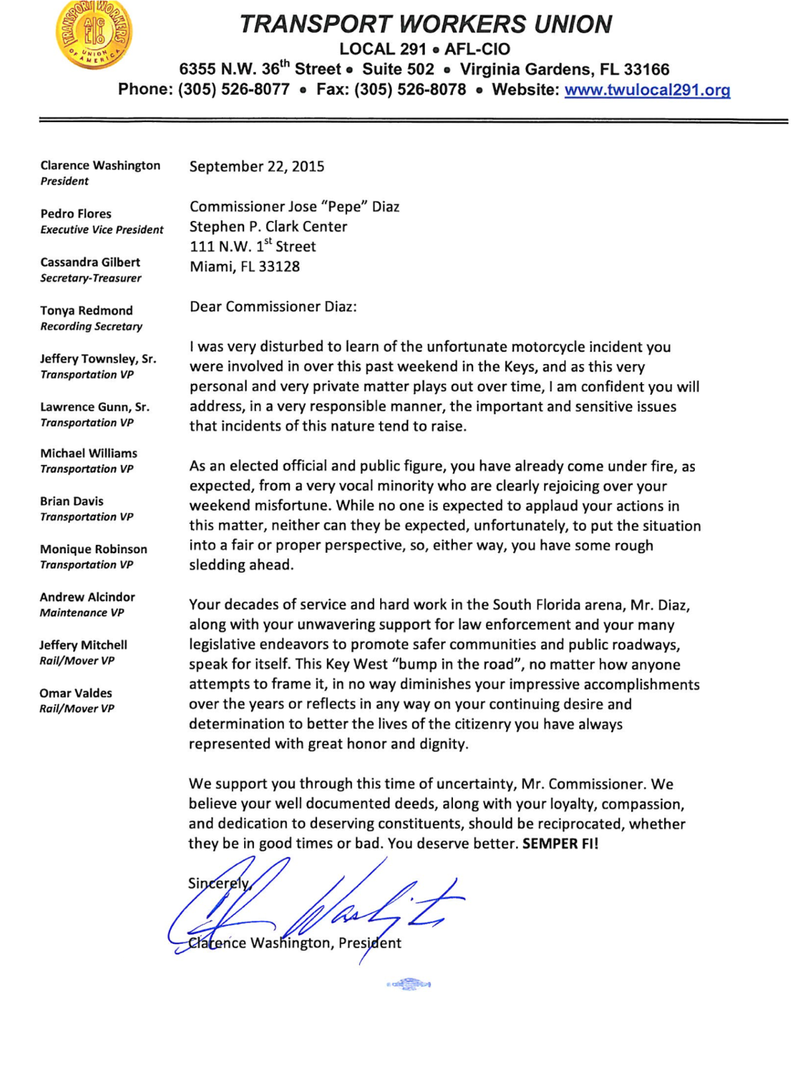