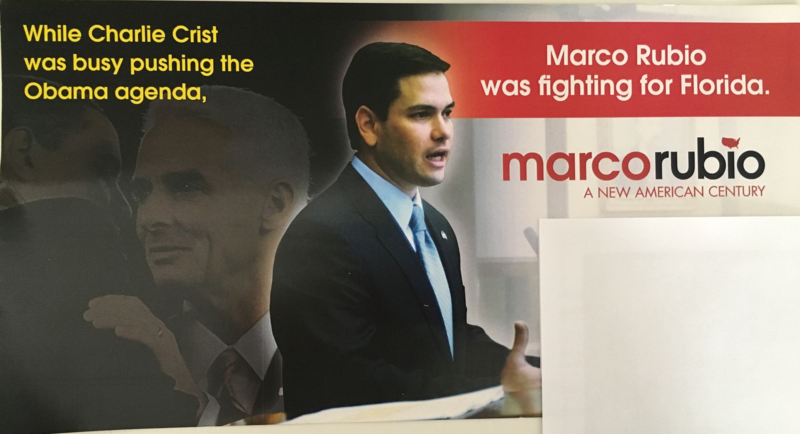 A pollster for Marco Rubio must have tested several competing campaign messages for him -- and found that his underdog 2010 U.S. Senate victory over Charlie Crist still resonates with voters.

How else to explain that as part of Rubio's first batch of 2016 presidential campaign mailers in Florida, the Republican invokes a foe from five years ago?

The Florida presidential preference primary isn't until March 15 of next year. But Rubio, who doesn't have a campaign office in his home state yet, is apparently trying to make some inroads against his likely chief rival, former Gov. Jeb Bush.

It appears Rubio's message to voters in the Tampa Bay area -- near Crist's hometown of St. Petersburg -- got a different mailer, without mention of the ex-governor. 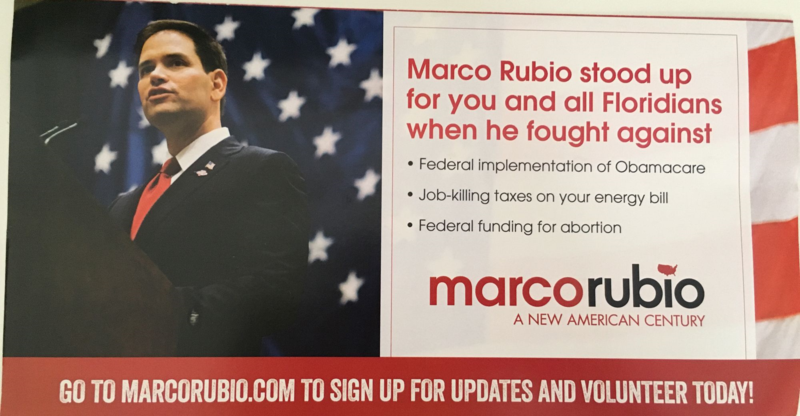