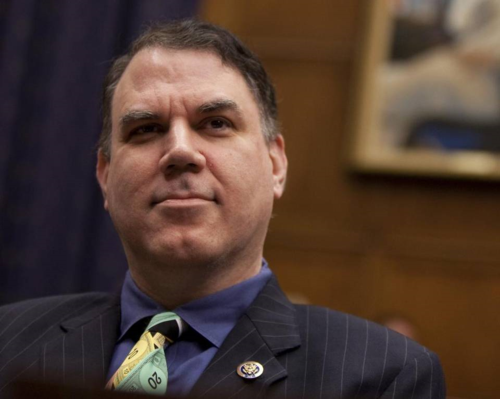 U.S. Senate candidate Alan Grayson, a Democratic congressman from Orlando, says Marco Rubio should resign his seat in the U.S. Senate since he isn't doing the job Floridians elected him to and is, instead, "conducting a vanity campaign for president."

"Marco Rubio has already quit on the people of Florida. His resignation simply makes that official. And when he does, I will say good riddance," Grayson said in a statement this afternoon.

Rubio, disenchanted with the Senate, has explained his poor attendance and voting record by saying he's focused on running for president, where he can make the Senate more effective.

This morning, the South Florida Sun-Sentinel's editorial board called on Rubio to resign, and Grayson echoed that sentiment.

“If Senator Rubio does not want to do his job of representing Florida in the Senate, then he should quit," said Grayson, who's seeking to replace Rubio in 2016.

"Floridians have the reasonable expectation that Marco Rubio should show up to work, earn his pay of $14,500 each month, and do his job," Grayson continued. "Instead of doing his job, however, Marco is conducting a vanity campaign for president.  He has missed as many as half of his votes. What kind of employee misses half of his work days, and then expects a promotion?"