Can Marco Rubio be a presidential candidate for all Hispanics? 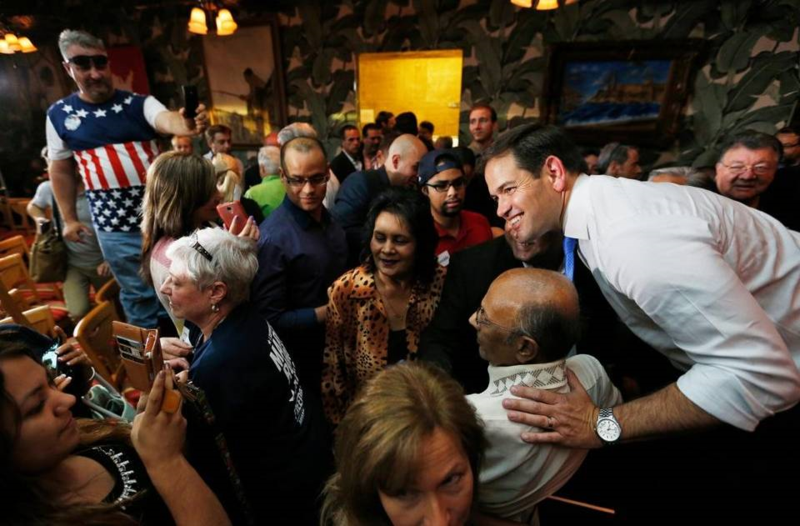 The Florida senator says he feels right at home. He’s speaking at the Catholic school he attended “for a month” before pleading with his parents to go back to public school with his friends. He’s just driven past the community pool where he learned how to swim.

“I learned a lot about the American Dream in Nevada,” Rubio says.

But when he switches to Spanish, he’s unmistakably a Miami Cuban.

As Rubio campaigns to become the nation’s first Hispanic president, the Republican must try to figure out how to win over the largest swing demographic in the country: Latinos, who lean Democratic and in some cases aren’t sure the conservative Rubio is really one of them just because his surname ends in a vowel.

Rubio, like most other politicians, doesn’t want to talk about divisions among Hispanics of different descent — even if those contrasts are reflected in public-opinion polls and political consultants devise unique approaches for each group. Candidates seek to unite, not divide.

“I’ve never asked people to relate to me because of how I pronounce my last name,” he told reporters Saturday. “I ask them to relate because of my history.”

That history as the son of immigrants forms a centerpiece of Rubio’s presidential candidacy. It’s aimed at connecting with people — not just immigrants, and certainly not just Hispanics — at an emotional level, the level that helps many, if not most, voters decide how to vote.