Everglades a model in Jeb Bush's plan for land management 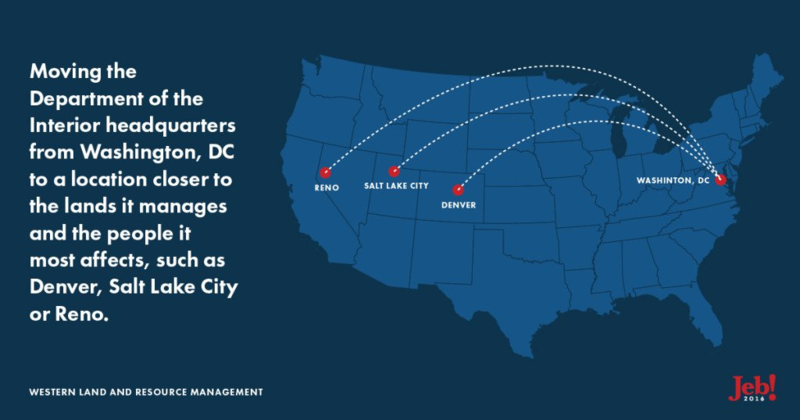 Would a President Jeb Bush finally finish what he started as Gov. Jeb Bush? In a blueprint for how he would manage federal lands, Bush says he would "expedite funding, studies and permitting for water infrastructure, especially water storage projects."

Water storage is key to Everglades restoration and this year became the center of a bitter fight over how the state should spend - or not spend - millions approved by voters to buy sensitive land.

In his blueprint, Bush points to the deal as a shining example of the kind of collaboration he would deploy as president.

"I secured a full and equal partnership with the federal government in restoring the Everglades," Bush writes. "It is the world’s largest intergovernmental watershed restoration effort and the most ambitious ecosystem restoration effort in history. I brought stakeholders, businesses and conservationists together with state and federal agencies, forging a fair and equal coalition to ensure the Everglades would be conserved for generations to come."

The state and feds were supposed to split costs 50-50. But according to its last update, the National Academy of Sciences reported that when budget cuts forced Florida to fall behind on its share, the feds also scaled back spending. This year, the U.S. Army Corps of Engineers awarded two contracts to begin restoring the Kissimmee River basin and just this month began field tests on pumping water into Everglades National Park. But that's a small fraction of the 60 projects covered by the plan.

Bush's plan is largely aimed at the west, where he says the federal government controls - and "relentlessly" over regulates - nearly half the land in 11 of the most western states including Alaska and Hawaii.

"Washington, DC needs to acknowledge that people who live on the land in the West are the best stewards of the land. Federal holdings should be valuable recreational and economic assets, not a liability to economic freedom and growth," he writes.

Bush says he would adopt a "states-first" plan for protecting endangered wildlife such as the greater sage grouse, which, coincidentally, the Obama administration decided against adding to the endangered species list last month.

Bush also argues against the government purchasing any more land - which may not play well in Florida where 75 percent of voters last year approved the environmental amendment authorizing the state to use the tax from real estate deals to buy sensitive lands.

Among his other suggestions: Reauthorize the Land and Water Conservation Fund to return a steady flow of money to states and hand the National Park Service a chunk to reduce a $11.5 billion backlog. Bush would also establish a "no net loss" for sportsmen and side with locals on water rights issues, "stopping the Waters of the United States rule in its tracks." Critics say the controversial rule, which a federal appeals court stayed nationwide earlier this month, vastly expanded federal powers.

Bush also proposes moving the Department of Interior west, "closer to the lands it manages and the people it most affects, such as Denver, Salt Lake City or Reno." No word yet on whether the National Marine Fisheries Service would be moved to the Gulf of Mexico.