« That ad praising Marco Rubio on Miami radio? It's not for his presidential campaign | Main | Marco Rubio's misleading claim about the Environmental Protection Agency and the Clean Water Act » 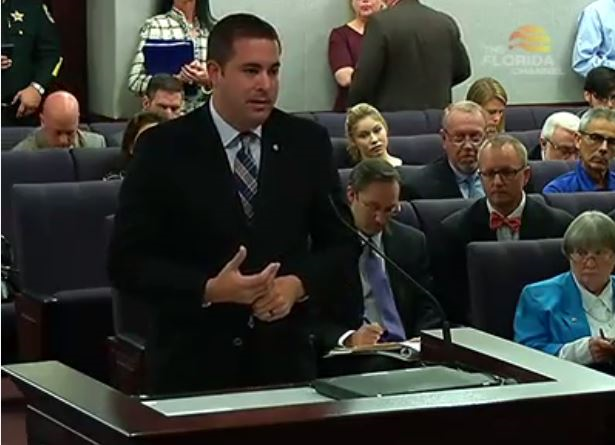 Groups representing Florida sheriffs and police officers came out this week in opposition to a controversial legislative proposal that would allow anyone with a concealed weapons permit to openly carry their guns statewide.

Law enforcement representatives say Senate Bill 300 / House Bill 163 would restrict the ability of officers to ensure public safety and the bills fail to include enhanced training and requirements for the holstering and handling of openly carried weapons, among other concerns.

Supporters of the legislation -- sponsored by Republican father-son duo Sen. Don Gaetz of Niceville and Rep. Matt Gaetz of Fort Walton Beach -- argue it strengthens Second Amendment rights for Americans to defend themselves.

The Florida Fraternal Order of Police unanimously opposes the legislation, specifically because of a provision that would prohibit an officer from asking for someone's concealed-carry permit unless the officer had "probable cause" -- a more stringent legal standard than what is currently in law. If the officer made the request without probable cause, the officer could face a $5,000 fine and the agency they work for could be fined $100,000, under the proposed law.

"If something happens and an officer is not allowed to, at least, ask someone and inquire during the situation of a protest if they should be openly carrying, you’re tying their hands," Lisa Henning, the group's legislative liaison, told senators this week.

Henning said the state FOP cast a unanimous vote last weekend in opposition, prior to a hearing Tuesday where a Senate committee passed its version of the bill with slight changes that further anchor the restrictions governing concealed-carry and more explicitly prohibits the improper or careless display of a firearm.

The Florida Sheriffs Association also voted over the weekend and early this week by phone: at least 70 percent of sheriffs statewide oppose the open-carry proposal. The Palm Beach Post first reported on the sheriffs' vote.

Just 10 sheriffs out of the 67 in Florida support open-carry. Two have spoken out publicly at legislative hearings this month: Brevard County Sheriff Wayne Ivey and Bradford County Sheriff Gordon Smith. 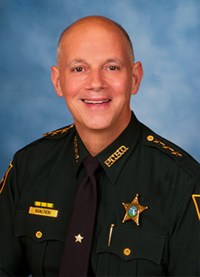 Meanwhile, 47 sheriffs oppose the bills; five abstained from the association's vote and five could not be reached to take a position on the legislation, said Pinellas County Sheriff Bob Gualtieri, the association's legislative committee chairman.

He said those who oppose the legislation range from sheriffs who wholly oppose open carry to those who object because of specific regulations either included or absent from the proposed bills.

Gualtieri counts himself among that first group.

He said it's an "extreme" solution for a problem being voiced by proponents of the legislation: inadvertent open carry, when someone accidentally displays their gun, for instance, when their shirt rides up.

"I'm all about sitting down at the table to come up with whatever is reasonable, necessary and appropriate to fix that," Gualtieri said. "The last thing anybody wants is to have the law be a 'gotcha.' "

When addressing senators this week, Smith spoke passionately in favor of the bill, calling it "crime prevention 101" legislation.

"Any law enforcement worth their salt knows criminals pick targets, easy targets, to rob, rape and pillage and there’s something wrong with that," Smith said. "If a person calls 911, they ought to have something to defend themselves between the time of making that phone call and the police arriving there."

"There are no factual or rationale reasons to oppose open -carry. Forty-five other states give us a model," Smith said.

While only five states and the District of Columbia do prohibit open carry, those states that allow it have varying regulations tied to their laws. For instance, Gualtieri said, Oklahoma requires a holster, New Jersey requires law enforcement approval, and Pennsylvania allows open carry in rural areas, but not in Philadelphia.

"What they’re not doing is making a real, true, intellectually honest side-by-side comparison," he said of the legislation's supporters. "They’re using a summary, categorical statement that is largely inaccurate, because there’s so many differences in other states."

"We’re not against people carrying firearms concealed, but having them out, having them exposed, you’re opening a recipe for disaster," Ortiz said. "Some people want to be police officers, like George Zimmerman did. We don’t need George Zimmermans walking around with firearms exposed."

Photo: Javier Ortiz, president of the Miami Fraternal Order of Police, speaks to the Senate Criminal Justice Committee on Tuesday. Courtesy of The Florida Channel.