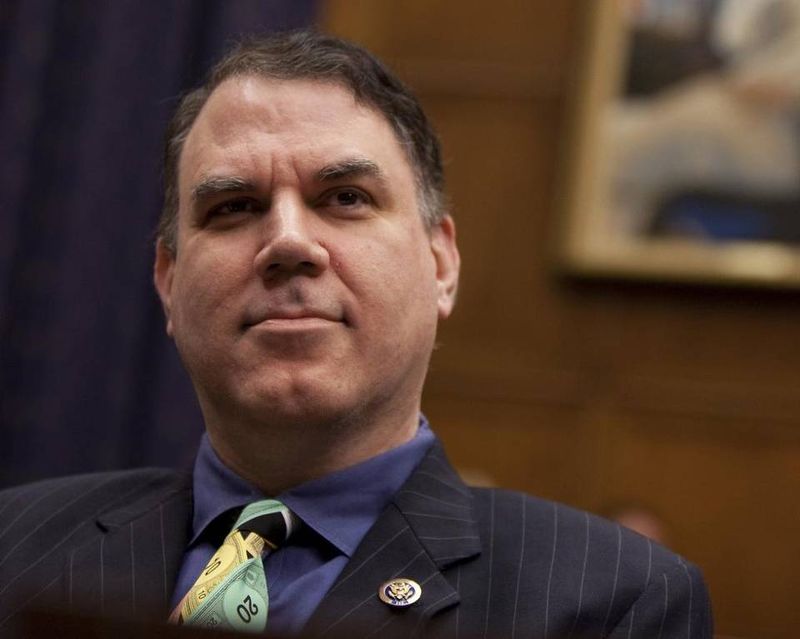 Florida Democratic Rep. Patrick Murphy's support last year for a special House investigation into Benghazi proves he's only "feigning to be a Democrat" and it could make him a "major embarrassment" to Hillary Clinton if she's chosen as the party's presidential nominee, Florida Democratic Rep. Alan Grayson said this morning in a conference call with reporters.

But Murphy's campaign says Grayson is only "further politicizing" a tragedy because he and Murphy are at odds in the Democratic primary race for Florida's U.S. Senate seat.

Grayson, a liberal from Orlando, continues to paint the more-moderate Murphy, of Jupiter, as a Republican in Democratic clothing. Grayson again lambasted Murphy for being one of seven Democrats -- only three of whom are still in office -- who voted with House Republicans last year to launch the Benghazi investigation. He accused Murphy of contributing to a "political witch hunt that could dramatically affect the presidential election."

But while Grayson chastised Murphy for making political life worse for Clinton, Grayson himself hasn't endorsed her for president as Murphy has. Grayson told reporters Friday he's "keeping his options open," but "he's on the verge of making" an endorsement.

Meanwhile, Murphy endorsed Clinton as the Democratic nominee for president when she announced, and he's joining her during her South Florida trip today. Grayson brushed off that detail, noting that Murphy hasn't himself been endorsed by any of the Democratic presidential contenders.

Grayson's remarks to reporters came four days after House Majority Leader Kevin McCarthy of California implied in a Fox News interview that the House Select Committee on Benghazi was launched only to wither Clinton's political reputation while she had her eye on the White House. (Last night he attempted to backtrack on his earlier remarks.)

"From the beginning, the Benghazi Select Committee has been a partisan clown show and anyone who was paying any attention to it would know that's exactly what would happen," Grayson said. "Republicans are trying to squeeze every bucket of slime they can out of this farcical investigation... Everything (they've done) they've done with Patrick Murphy's permission."

But in light of McCarthy's remarks, Murphy campaign spokesman Joshua Karp said Murphy is urging House Republicans to "immediately shut down the committee."

"When Patrick voted for the Benghazi committee, he was 100 percent confident it would vindicate Hillary Clinton, and he warned the committee must not be 'used as a way to politicize this tragedy and the deaths of four Americans,'" Karp said, reiterating Murphy's past comments.

"But the Republicans turned this tragedy into a political circus, and Rep. Kevin McCarthy just admitted Republicans hijacked the committee for partisan gain," Karp added. ""It is disgraceful for Alan Grayson, who is not supporting Hillary Clinton, to further politicize this tragic loss of life."

Grayson said he's "not choosing sides at this point" in the Democratic race, where the major contenders are Clinton and Vermont Sen. Bernie Sanders -- and should he choose to run, Vice President Joe Biden.

"Given the fact that any one of them could end up being the presidential nominee, I think the prudent thing to say right now is that I'd be happy to work with any of them on the state ticket, and I would," Grayson said.