« Can Marco Rubio be a presidential candidate for all Hispanics? | Main | Joyner demands transparency from House and Senate leaders on maps » 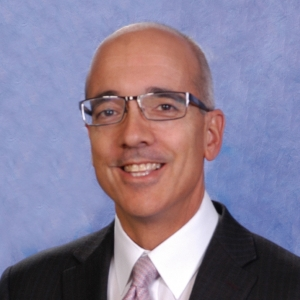 LAS VEGAS -- He got only one mention in Marco Rubio's memoir, in the part where Rubio talks about his Aunt Lola successfully converting Rubio, his sister and his mother to Mormonism.

"Her son, Moses, discussed the church's teachings with me," Rubio wrote, referring the Church of Jesus Christ of Latter-Day Saints.

"Moses" is Rubio's older cousin, Moises Denis. (His name was misspelled in the book.) He goes by Mo.

And he's a Democrat.

That quirky biography -- a Democratic politician related to a Republican presidential candidate in an important early-caucus state -- has made Denis a popular interview subject for reporters (including this one) who swing through Las Vegas.

The cheerful Denis is quite accommodating. He attended two Rubio campaign events last week, in at least one case bringing along his sister, another cousin and two nephews. Denis claps and laughs during Rubio's stump speech. Sometimes he just stands politely, presumably because when it comes to politics, he and his cousin don't always agree.

Denis campaigned hard for President Obama. If Rubio becomes the Republican nominee, Denis said he probably won't get involved in the presidential campaign.

"Once you get into those campaigns, you don't always control all the messaging -- as the candidate or as the surrogate," Denis explained.

He spoke fondly of his maternal cousin and their family, split between Nevada and Florida. The last García family reunion was held in Miami in July, Denis said. Rubio was exhausted from a busy campaign schedule that has only gotten more full.

The Nevada relatives are happy to show up when they can. If he wins the state's caucuses by 68 votes, Rubio joked last week, it'll be because all of his family showed up.

"We love our cousin," Denis said.