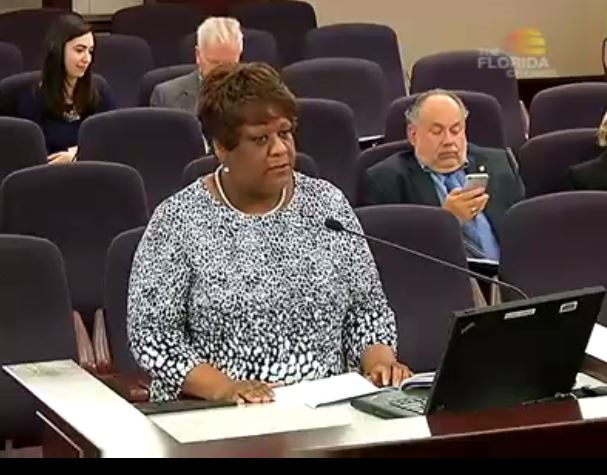 Representatives from 11 state agencies and organizations charged with ensuring public safety in Florida seem to agree: Efficient government is good, but after years of cuts, many of their agencies are strapped for cash in critical areas.

There's either too few employees or they're too underpaid, sometimes both. And aging facilities, vehicles and thousands of state-owned buildings across Florida are in need of repair, renovation or replacement.

The agency's budget requests -- including prioritized requests for more funding -- were outlined during presentations this morning to Republican Gov. Rick Scott's budget and policy staff. (Several sessions of budget presentations are being held today on other topic areas, including general government and education.)

Parity in pay was a common explanation for why several agencies, ranging from the Department of Corrections and the Florida Department of Law Enforcement to associations representing state attorneys and public offenders, are asking for extra money in the 2016-17 state budget toward employees' salaries.

The DOC particularly has been plagued by high turnover, because once officers are trained by the state, they're frequently snatched up by county corrections agencies that offer better pay. The agency's budget request includes $28 million to fund 472 additional security positions.

The Department of Juvenile Justice is asking for $12 million in additional funding in the interest of ensuring adequate facilities and safety for juveniles and staff.

The agency's budget has been cut by 10 percent -- or $62 million -- in the past five years, and the number of workers has dropped by 31 percent -- or 1,500 employees -- in the same time, said Vickie Harris, the department's budget bureau chief.

The funding request for 2016-17 doesn't create new positions, but it would allow the agency to re-allocate employees to improve staff-to-youth ratios, she said.

"We have found that programs with better staffing have fewer incidents of excessive force, youth arrests and escapes," Harris said.

FDLE wants more money to fund salary increases for its crime lab analysts, as well as $34 million to add 26 special agents and intelligence analysts who would focus on use-of-force and police-involved shooting investigations.

Buddy Jacobs, general counsel for the Florida Prosecuting Attorneys Association, called on Scott's administration to not only better fund state attorneys, but the entire criminal justice system - as well as state employees, in general.