« Rep. Frank Artiles did not go bear hunting this weekend | Main | Do the 1 percenters pay nearly half the taxes as Jeb Bush says? » 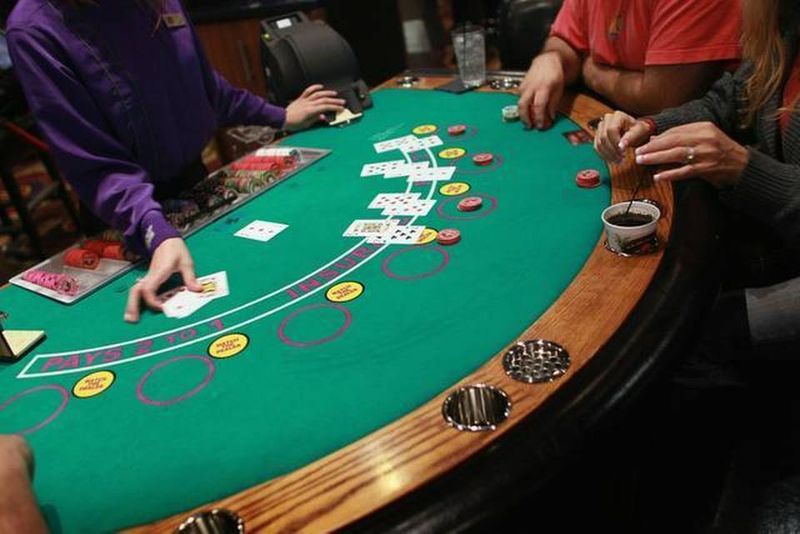 After weeks of intense negotiations with the Gov. Rick Scott and legislators, the Seminole Tribe of Florida broke its silence Monday and reported that "significant progress" is underway to renew its gaming compact with the state but also filed a lawsuit in federal court accusing the state of not negotiating in "good faith" -- just in case things don't work out.

"The Tribe believes that a legislative solution would be in the best interest of the State and the Tribe,'' the tribe said in a statement Monday, after filing a lawsuit in federal court in Tallahassee. It added, however, that the lawsuit was necessary "in order to protect its interests and those of the 3,100 employees and their families whose jobs are in jeopardy."  Download Seminole Complaint (1)

The Tribe, which owns the Hard Rock Casinos in Tampa and Hollywood, faces an Oct. 29 deadline to quit operating table games -- blackjack, chemin de fer and baccarat -- at five of its seven casinos  because a key provision of the 2010 compact that allows the tribe to operate the games in exchange for payments to the state expired at the end of July.

The agreement remains in force until the end of the month but both the compact, and the federal Indian Gaming Regulatory Act, give the Tribe the right to seek court intervention in the face of a dispute with the state.

Despite ongoing talks, the lawsuit alleges the state is not negotiated in good faith because it has demanded modifications to the remaining provisions of the compact "to substantially increase the Tribe’s payments to the State...without a proportionate increase in economic benefit to the Tribe."

The Tribe has argued that the state has breached the compact by allowing look-alike table games, operating off slot-machine software, to be played at competing casinos in South Florida in violation of its exclusive rights. The lawsuit asks the court to order the state to declare the table games legal, and to negotiate in good faith.

The Florida Department of Business and Professional Regulation disagrees with the Seminoles' contention and in June asked the tribe to provide them with a "timeline for the closure of banked card games at your tribal facilities" but the tribe has failed to do so, arguing that regulators are violating the deal by allowing the competing games.

Officials from the tribe met with the governor two weeks ago and returned to Tallahassee last week to continue talks with his staff and key legislators. The Tribe has remained silent about the negotiations but sounded optimistic in its statement on Monday.

“Seminole Tribe of Florida Chairman James E. Billie is pleased to report significant progress in the Tribe’s negotiations with the Governor and leaders of the Florida Legislature relative to finalizing a new Compact agreement, and the Tribe remains hopeful that a positive outcome will result,'' the statement said.

Legislators spent this summer and fall negotiating whether to renew, amend or expand the compact, which must be signed by the governor and approved by the legislature.

According to Rep. Jose Felix Diaz, R-Miami, the lead negotiator for the House, they have discussed increasing the revenue to the state by guaranteeing a yearly payment of $200 million to $400 million, based on revenues, over time frames that range from 7 to 20 years. Other options on the table include allowing the Palm Beach County dog track to add slot machines, licensing a new slot machine casino in Miami -- such as Genting, allowing horse and dog tracks to operate card rooms without having to race animals, and numerous other options.

Diaz, who chairs the House Regulated Affairs Committee, told the Herald/Times the matter is complicated because legislators are divided over most of the issues and any final agreement must appease those who want to protect their local parimutuels, tamp down gaming expansion or use the compact to generate more state revenue.

The tribe has previously said it will ignore the October deadline and not only continue operating the games but also continue sending revenue-sharing payments to the state.

Since the first compact was signed with the state in 2010, the tribe has shared more than $1 billion in revenue in exchange for exclusive operation of its card games, and slot machines at its five casinos outside of South Florida.