As a member of the media, and then an elected official, just about everything in Miami Mayor Tomás Regalado's adult life has been fodder for public consumption. But over the summer, a major occasion flew under the radar: The mayor got hitched.

In a private, June 1 ceremony at a Southwest 14th Street chapel of the Servants of the Pierced Hearts, Regalado, 68, wed Ana Cristina Carrodeguas, a 50-year-old, former employee of the Miami Archdiocese.

"I know a lot of people and Ana Cristina knows a lot of people. And if you don't invite everyone you know they get upset," said Regalado, explaining his decision to keep the event small and intimate. "We don't have money for that, and it' a little ridiculous at my age to do a ball."

The couple had been dating for more than a year. It is the mayor's second marriage. His first wife, radio commentator Raquel Regalado, died in 2008 of heart failure at the age of 60. The mayor said he didn't think he'd remarry, but Carrodeguas and he "connected."

"When you get old, you need somebody to take care of you in the future," he said. "And she's a very nice person, very smart and very able." 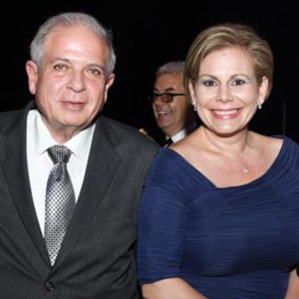