Ben Carson brushes up on wet-foot, dry-foot: 'It doesn't make sense to me' 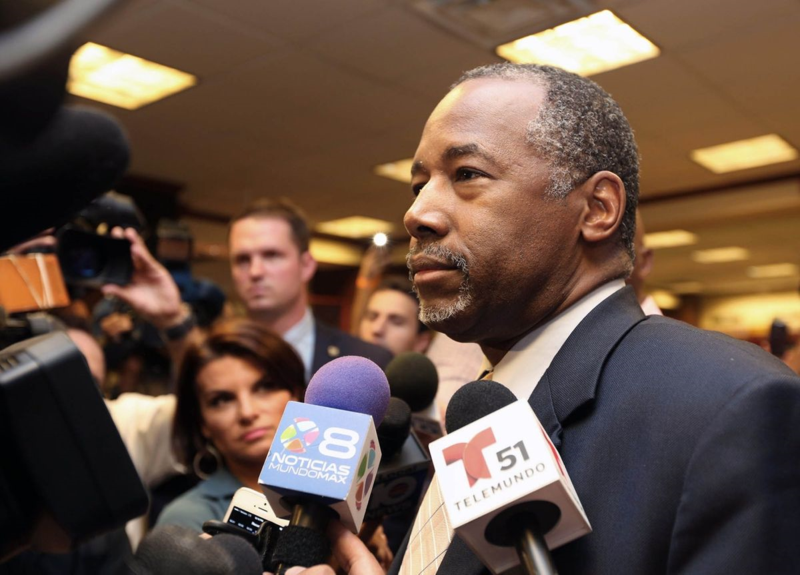 A day after getting caught off guard by questions about U.S.-Cuba policy, Ben Carson visited Miami and questioned the practice of allowing Cubans who reach U.S. soil to remain in the country but returning to the island Cubans intercepted at sea.

The next part of the Republican presidential candidate’s answer seemed to conflate wet-foot, dry-foot with the Cuban Adjustment Act, the federal law that allows Cubans to apply for U.S. residency after spending 366 days in the country.

“And also, recognize that many people have taken advantage of that and you know gotten all kinds of benefits that perhaps they don’t deserve,” Carson said. “There are other people who perhaps get denied things that they should have.”

Carson, a retired neurosurgeon who has lived in West Palm Beach since 2013, said he “looked into” wet-foot, dry-foot after telling the Miami Herald he was unfamiliar with it in a phone interview Wednesday.

“There are a lot of policies that I lack knowledge of,” he said in his characteristically blunt but gentle style. “I’m gaining knowledge on them, but I don’t by any stretch of the imagination confess to knowing everything. I don’t know everything. That’s the reason that you have advisers, and that’s why, you know, even Solomon, the wisest man who ever lived, in Proverbs 11:14, said in a multitude of counselors there is safety.”

Carson faced other questions about things he has said in the past.

Asked about a CNN investigation that couldn’t find friends or classmates involved in violent incidents in Carson’s past, such as his attempt to stab someone at age 14, Carson said: “What makes you think you could be able to find them unless I tell you who they are?”

After about seven minutes, he went back to signing copies of A More Perfect Union. Carson is officially on book tour – as opposed to campaigning for president – but that was a blurry distinction in the eyes of the several hundred fans who came to see him.

First in line was Patricia Almeyda, who said she took a day off from work at Mast Academy in Homestead, a public school. She woke up at 4:45 a.m. and was at the bookstore by 5:15 a.m., she said.

“I feel he’s honest,” she gushed of Carson. “The country needs a fresh start.”

She read Carson’s first book, Gifted Hands – and saw the movie, which several other people in line noted is available on Netflix.

Carson didn’t dedicate the books – something that bothered a few of the people in line – and didn’t spend much time with people. Most seemed thrilled just to see him. They clutched his book and posed for photographs with his bus parked outside.

“It was awesome,” said Annette Trimino, who brought her three children – Tristan, 9; Leah, 11; and Rocio, 12 – even though that meant taking them out of school for a day. Said mom: “This is history in the making.”