Broadcaster Raquel Regalado, running for Miami-Dade mayor while on the air 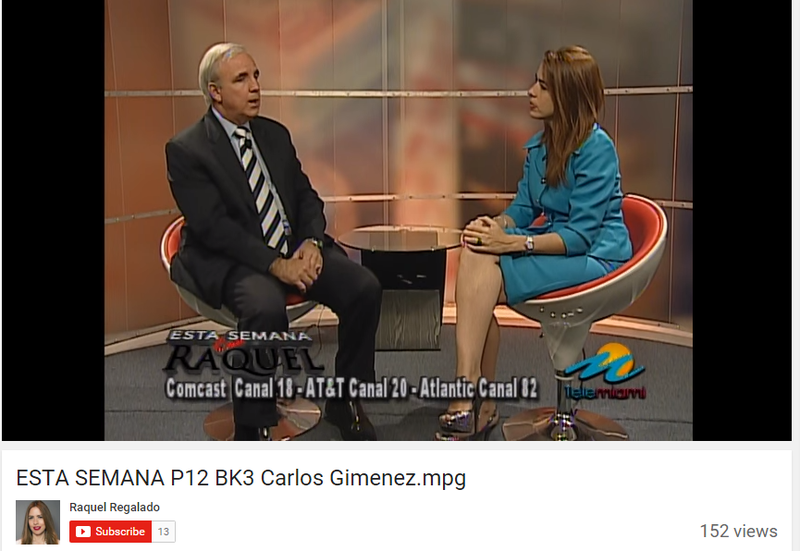 On a recent Thursday afternoon, an elderly woman was in tears when she phoned Miami-Dade mayoral candidate Raquel Regalado. They talked about the hard life that can await immigrants from Cuba, and the bittersweet value of resiliency.

“My husband left me when I was very young,” the woman told Regalado in choked-up Spanish. “I have two healthy hands and two legs. I don’t need any help.”

The talk may have been personal, but the setting was far from intimate. Regalado listened from her regular perch behind a microphone at La Poderosa 670 AM, where she hosts an afternoon call-in show with a following among Miami’s Cuban community.

“I am grateful to your generation,” Regalado, 41, told the caller. “You are the ones who made it possible for me to be here.”

Nine months into her bid to unseat Carlos Gimenez in the 2016 county mayoral race, Regalado finds herself well behind in both polling and fundraising. But even the incumbent mayor of Florida’s largest county hasn’t matched Regalado when it comes to broadcast time. Regalado hosts her hourlong La Poderosa show, Las Dos Caras de la Noticia (“The Two Faces of the News”) Monday through Thursday and then anchors a weekly public affairs show on Mira TV every Sunday morning.

Regalado’s near daily presence on the local airwaves provide a uniquely Miami lens for viewing her campaign to unseat Gimenez, 61, and become Miami-Dade’s first female mayor. And they’re raising questions about both her financial arrangements with the broadcasters, and the propriety of an active candidate having such ready access to the airwaves.

She brings to the race a political and media legacy inherited from parents Tomás and Raquel Regalado, once the leading couple of Miami’s Spanish-language radio. Regalado followed her father into elected politics — she’s a two-term member of the school board while he’s finishing up his second term as Miami’s mayor. And she followed her mother and namesake into the radio booth, taking over at La Poderosa after the elder Raquel Regalado died suddenly in 2008.

“My mom’s voice wasn’t silenced once she passed away,” said Tomás Regalado Jr., the oldest of the three Regalado children and a producer at the federally funded TV Martí in Miami. “She has continued what my mom did for so many years.”