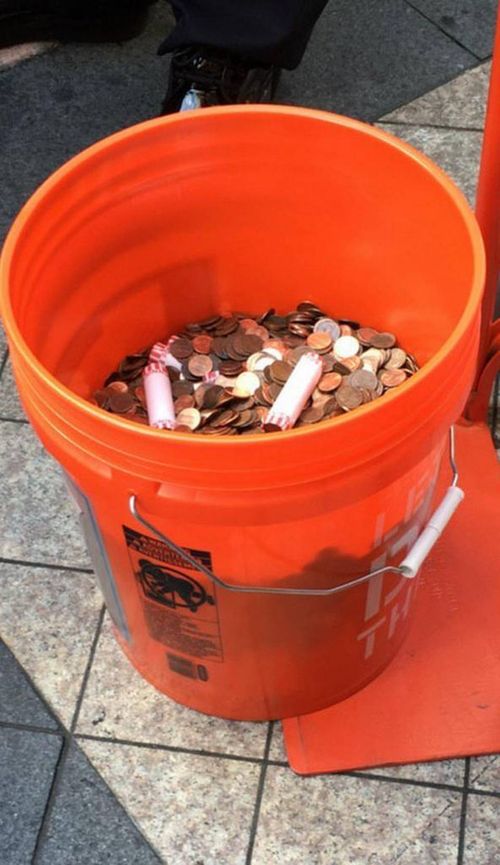 On Thursday, Hernandez sent the commission a truck stacked with 28 buckets filled with pennies to cover the fine. But his payment wasn't accepted. Apparently the commission accepts only checks.

Univision 23 reported commission officials asked Hernandez's emissaries to leave with the buckets -- and threatened to call police if they didn't. Commission members declined comment, according to Univision.

"They don't want to take our money...Cash," Hernandez told Univision. "I paid it with American money, of the United States, and I have the right to do that."

The mayor has called the ethics case against him a political "circus."

In July, the commission found Hernandez guilty of "knowingly" lying to the community -- in English and Spanish -- about receiving high-interest payments of 36 percent from Pérez on $180,000 in private loans. He was penalized with a $3,000 civil penalty plus $1,000 to cover investigative costs, as well as a letter of reprimand.

Pérez conned several people out of some $40 million -- including Hialeah political figures such as Hernandez. As part of the Ponzi scheme, according to authorities, investors received interest payments of 36 percent, which is considered loansharking. The case erupted in 2010.

During his 2011 mayoral campaign, Hernandez assured reporters in a news conference that he never received interest payments from Pérez. But last year, when he testified as a federal prosecution witness in the case against his predecessor, Julio Robaina, Hernandez said he received more than $100,000 in interest payments, contradiction his prior statements.

The 28 penny-filled buckets ended up back at Hialeah City Hall on Thursday.