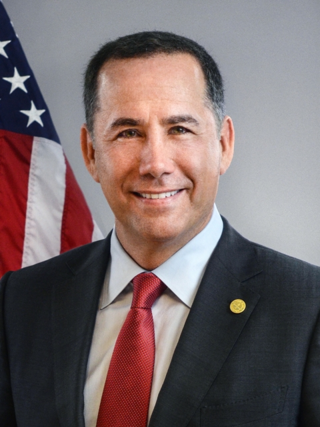 Levine, a wealthy cruise industry entrepreneur, is compared to former New York Mayor Michael Bloomberg no less than four times in the piece, which delves into the Beach's uncertain future in the face of sea-level rise and the pumps plan. The article comes on the heels of the Miami Herald's two-part series on the topic, published before last month's king tides.

Beach officials started planning for how to deal with sea rise a few years before Levine was elected, and the mayor was part of a more recent team of a politicians and engineers who trumpeted the pumps and raising roads as a newer, better solution — even though scientists are still studying what the environmental impacts the expelled water may have on Biscayne Bay.

This kind of positive press on a timely issue might play into Levine's future political aspirations, if he has them. Rumors persist that he does, and he is often mentioned in conversations about potential Democratic candidates for governor or U.S. Senate in 2018.

Levine has stressed that he’s focused on the next two years in Miami Beach. Still, he's building political capital locally and across the state. Last year, he paid to advertise his own "State of the City" speech in another big Florida market — the Tampa Bay area.