New Miami Beach commissioners sworn in, call for unity across the dais 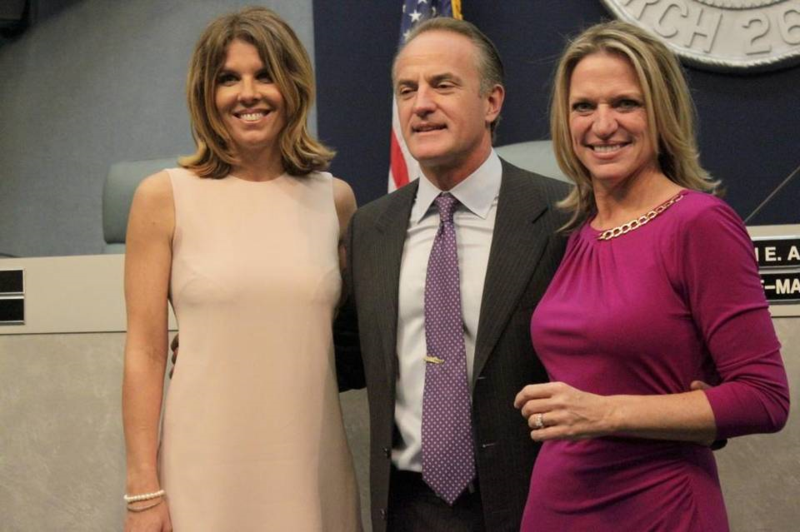 After an election in Miami Beach that grew divisive between supporters and critics of Mayor Philip Levine, the reelected mayor and three new commissioners were sworn in Monday.

Kristen Rosen Gonzalez, Ricky Arriola and John Elizabeth Alemán officially joined the City Commission in a ceremony at a packed City Hall. All spoke of putting the campaign behind them getting to the business of governing.

They will get started at their first meeting Dec. 9. The political newcomers come on board as the city tackles major big-ticket projects, including a half-billion dollar renovation to the Miami Beach Convention Center and a five-year, $400-$500 million flooding mitigation plan to build pumps and raise roads to combat sea level rise.