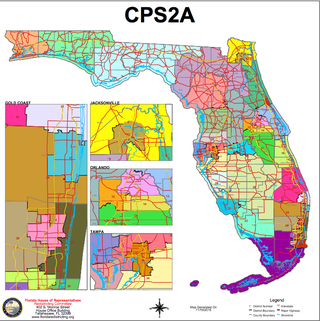 In an effort to "narrow the issues for trial," the challengers to the Senate's redistricting efforts on Tuesday withdrew two maps that contained a black majority district that do not cross Tampa Bay and made two changes in North Florida.

The challengers, a coalition of individuals and voting groups led by the League of Women Voters, had argued that the Legislature should have updated its voting data to include the primaries of 2012 and 2014 which would have helped to show the strength of black voting performance in the districts.

They presented the Legislature with a map that was based on the primary data, but it was rejected by the House and Senate as inaccurate and incomplete.

David King, the lead lawyer for the group, and his legal team have concluded that the argument is not worth the fight as they prepare for a trial before Leon County Circuit Court Judge George Reynolds Dec. 14-18.

He wrote in the motion filed Monday hat "although there is a likelihood that the Hillsborough-only district would retain African Americans’ ability to elect candidates of choice, Plaintiffs will rely only on their alternative version of District 19 that crosses Tampa Bay in CPS-3a, CPS-3b, CPS-4a, and CPS-4b, in order to narrow the issues for trial and ensure that African Americans retain their ability to elect candidates of choice.''

The withdrawn maps are CPS-2a and CPS-2b (see above.) King also submitted a corrected version of CPS-3b, which is the same map submitted to the Legislature and the court last week," except that Districts 1 and 2 have been replaced to exactly match the versions of Districts 1 and 2 in the other Alternative Remedial Senate Plans,'' he wrote.

Regardless of the configuration of Tampa Bay, all of the maps produced by the plaintiffs include 20 districts in which the majority voted for Republican Mitt Romney for president in 2012 and 20 districts in which the majority voted for Democrat Barack Obama. There is no guarantee that those districts will perform that way in Senate races but all the proposed maps pose a threat to the GOP's 26-14 majority in the Senate, which was elected with the now-invalidated map of 2012.

This post has been updated to include that the maps withdrawn did not cross Tampa Bay.

Posted by Mary Ellen Klas on Tuesday, Nov. 24, 2015 at 10:37 AM in Florida Redistricting, Redistricting | Permalink