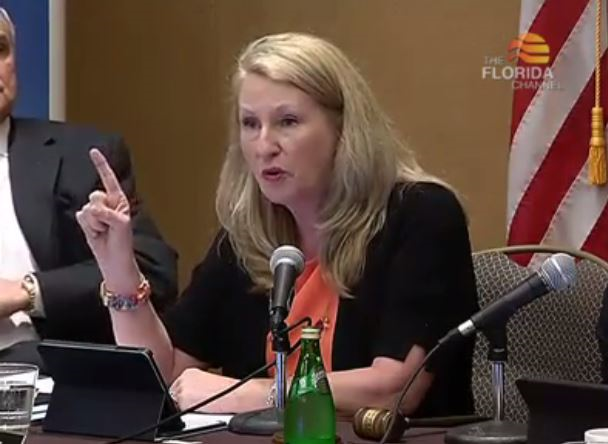 Two Republican lawmakers have filed bills seeking a constitutional amendment to make Florida's education commissioner an elected position once again and to do away with appointed citizens' oversight of the state public education system.

The proposal from Rep. Debbie Mayfield, R-Vero Beach, and Sen. Rene Garcia, R-Hialeah, calls for restoring the education commissioner to the governor's cabinet and for re-designating the governor and the cabinet as the State Board of Education, starting in January 2019.

That's how leadership of Florida's education system used to be organized until 1998, when voters approved a constitutional amendment restructuring the cabinet and creating the State Board of Education. The commissioner is appointed by the state board, which is made up of seven members chosen by the governor.

There have been four education commissioners in the past five years. Current commissioner Pam Stewart ascended to the post in 2013, after former commissioner Tony Bennett resigned.

Stewart has had a stressful year, due in large part to the botched roll-out last spring of a new statewide assessment. Education groups have criticized her for moving forward with using those initial results from the Florida Standards Assessments to set passing-level scores -- a process that should be finalized in January, but which is now dividing Stewart with the state board. State board members indicated last month that Stewart's proposed "cut scores" aren't rigorous enough.

“Public education is a top priority for many Floridians and one of the most important functions of government,” Mayfield said in a statement Friday, announcing her legislative proposal. “By allowing voters to choose their Commissioner of Education, we assure that this priority receives the sole attention and focus of the office-holder and voters will be able to directly hold that person accountable for the decisions he or she makes affecting our public schools.”

“By being held accountable to the voters, our administrators can be more receptive to the needs of the vibrant and diverse communities in the state of Florida," Garcia agreed.

HJR 767 and SJR 942 were filed Friday, ahead of the 5 p.m. deadline for submitting draft bills for the 2016 session that begins in early January.

Proposed constitutional amendments need approval from three-fifths of the members in each chamber of the Legislature -- 72 members in the House and 24 in the Senate -- before they can be sent to voters for considerations. It would need 60-percent approval by voters during a general election to take effect.

Photo credit: Florida Education Commissioner Pam Stewart speaks during the State Board of Education meeting in October. The Florida Channel