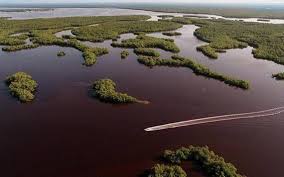 A Tallahassee judge on Thursday rejected attempts by the Florida Legislature to dismiss a lawsuit accusing lawmakers of violating the constitution by misspending $237 million in money in Amendment 1 funds intended for water and land conservation.

Leon County Circuit Court Judge George Reynolds ruled from the bench that the lawsuit filed by the the Florida Wildlife Federation, the St. Johns Riverkeeper, the Environmental Confederation of Southwest Florida and the Sierra Club could continue.

But he dismissed a second prong of their complaint which attempted to have the court compel Chief Financial Officer Jeff Atwater to shift funds from the general revenue fund into the Land Acquisition Trust Fund to replace the errant spending.

Florida voters approved Amendment 1 in November 2014, setting aside 33 percent of the proceeds from the real estate documentary stamp tax go into the Land Acquisition Trust Fund to protect fragile wetlands, springs and other environmentally sensitive areas.

But challengers say that legislators stripped $237 million of those funds to pay for other projects not intended by voters and they want the court to call them on it now to prevent repeating the mistake in the next budget year. The funds from documentary stamps on land transactions are expected to reach $740 million next year.

Reynolds said the case could proceed but agreed with Atwater’s attorney that only the Legislature has the power to decide how to spend state funds and the request violated the separation of powers doctrine.

“If the CFO has the independent authority to take money from one trust and put it into another, that would be a sea change in the way the Florida executive branch is operating,’’ said Richard Donelan, Jr. chief counsel for Atwater.

Reynolds agreed and told the plaintiffs to amend their complaint to choose a different remedy.

David Guest, attorney for the environmental law firm Earthjustice, who represents the challengers in the case, said he would likely ask the court to direct the legislature to restore the money instead.

“This is nothing more than if a trustee misappropriates money, the court says put it back,’’ Guest said. “ I think we got the wrong people to put it back. We’ll see.”

The ruling was a “turning point,” Guest said, because it the Legislature “tried to take us out and lost.”

But Reynolds left open the possibility that the challengers will have additional hurdles ahead in trying to justify how the legislature’s spending did not meet the voters’ intent.

The complaint alleges at least 80 different allocations in the 2015-16 budget they believe violated the intent of the constitution.  Among them:

* $623,043 to pay for executive leadership and administrative services to wildlife programs in the Florida Fish and Wildlife Conservation Commission;

* $21.6 million to the Department of Agriculture to pay for implementation of agricultural best management practices on non-conservation, privately owned lands;

* $838,570 for wildfire suppression vehicles for the Department of Agriculture;

* $5 million to the Department of Agriculture to pay private agricultural operations to keep their pollution on their own lands;

* $38,575,538 to the Department of Environmental Protection that can be used to build sewage treatment plants and stormwater treatment systems.

Reynolds said that it was not clear what standard should be used to decide whether one expenditure is appropriate to fund with Amendment 1 proceeds, and what is not.

“Whatever that standard is, that is going to be very important,’’ he said.

Guest said they would work on developing that as the case progresses.

A second lawsuit was filed last month by Gainesville-based Florida Defenders of the Environment which is taking a different approach by asking the court to block four state agencies from spending the money intended for land and water preservation – DEP, the Department of State, DACS and FWC in the current fiscal year.