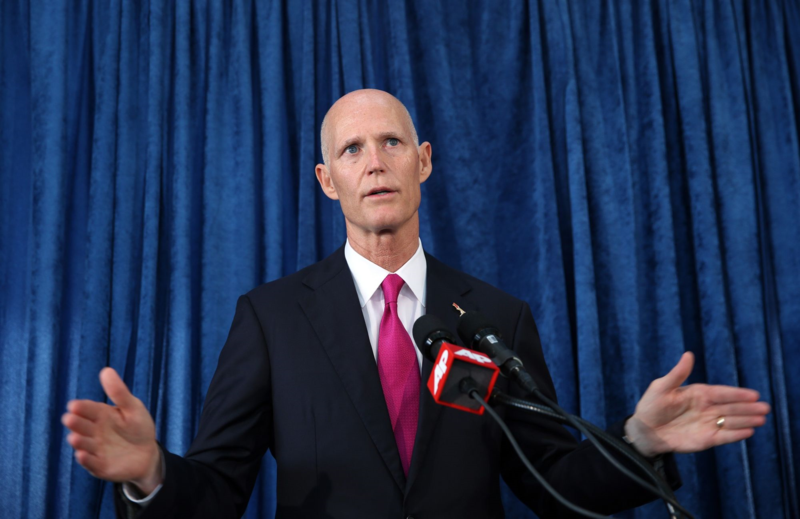 That a Pinellas County congressman, David Jolly, would call on Donald Trump to quit the presidential race after calling for America to stop allowing Muslims into the country is surely  irrelevant and/or laughable to Trump and many of his supporters.

But when that congressman is also a leading Republican running in a competive U.S. Senate primary for a toss-up open seat, that move by Jolly to go after the Republican presidential frontrunner is bold, risky and a the latest sign of how much heartburn Trump's candidacy is causing fellow Republicans. They are worried that as the GOP nominee he could drag down Republicans up and down the ballot in the general election. Of course, blasting Trump could also damage the blasters among many GOP primary voters.

We've reached out to prominent Florida elected officials and candidates. Here's a compilation of reactions to Trump which we will update throughout the day. Those who choose not to react, pro or con, tell us as much about them as those who do.

St Petersburg Mayor Rick Kriseman: (on Twitter): I am hereby barring Donald Trump from entering St. Petersburg until we fully understand the dangerous threat posed by all Trumps.

Republican U.S. Senate candidate David Jolly: “We do face a security test that I believe the president's policies have underestimated. But we also face a test of our commitment to religious freedom, one of the basic freedoms upon which our nation was founded. … It should be heartbreaking to every American that we have a front-runner in the presidential race that suggests there will be a religious test for anybody who wishes to come to our shores. ... It is time that my side of the aisle has one less candidate in the race for the White House. It is time for Donald Trump to withdraw from the race.”

Gov. Rick Scott: Declined to comment. "I haven't seen what he said."

Agriculture Commissioner Adam Putnam: "It was a ridiculous statement ... It was offensive to American values."

On Jolly's respopnse to Trump, Murphy said: "It is nice to see bi-partisan support for Donald Trump to get out of this race because of these most recent comments ...I hope that Congressman DeSantis and others not only will call Donald Trump out, but will ask him to step out (of the race)."

Republican U.S. Senate candidate Todd Wilcox: "Religious tests are not what we're about in this country and serious people understand that's not how to keep us safe. That's what Islamic extremists do. ISIS demands Christians renounce their faith, and when they won't, they behead them. Strict security screenings and a rebuilding of our intelligence community that this President has dismantled, those are rational and reasonable steps."

Republican U.S. Senate candidate Carlos Lopez-Cantera. No response so far for a request for comment. (More than five hours after we first requested comment) "As a husband and father, I like so many, am concerned about the threats confronting America and her allies, but we need to be focused on holding the president accountable for his failures to take the threat of ISIS seriously and demand a plan to eradicate ISIS. A religious test is not a strategy to defeat ISIS."

Republican U.S. Senate candidate Ron DeSantis: No response so far to a request for comment.

Sen. Marco Rubio:(via Twitter) "I disagree with Donald Trump's latest proposal. His habit of making offensive and outlandish statements will not bring Americans together. The next President better be somebody who can unite our country to face the great challenges of the 21st Century.

Attorney General Pam Bondi:  "As Attorney General, one of my biggest fights has been protecting religious liberty and that's all religions: Christian, Muslim, our Jewish friends and all religions, and so I believe that it's unconstitutional to discriminate against an entire religion."

Democratic U.S. Senate candidate Alan Grayson: (on Facebook) We will not end terrorism with fear, nor closed borders, nor bombs. We will end terrorism when we are able to overcome our fear, and have the courage to be humane. Without terror, there can be no terrorism.