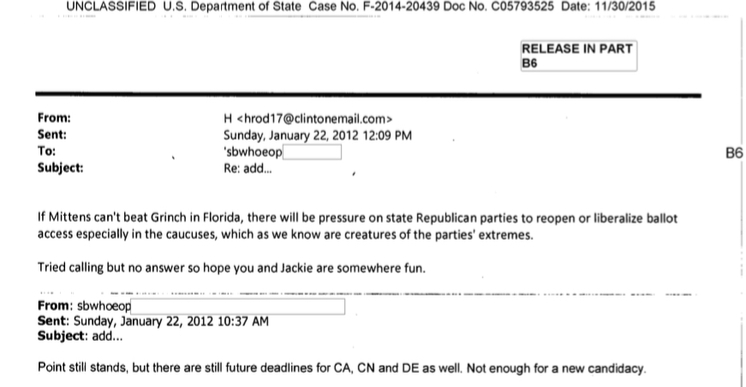 An email from the latest State Department release of Hillary Clinton communications show she was concerned that Mitt Romney, whom she called Mittens, could lose Florida's 2012 GOP primary to Newt "Grinch" Gingrich.

Clinton, who thought a loss could bring changes to ballot access, sent the email to confidant Sidney Blumenthal. Romney won the primary in a blowout.