It took us a bit, but Naked Politics can now share the slideshow David Beckham's team presented at its first town hall on plans for a soccer stadium in Miami.

That presentation from the Dec. 17 town hall in Overtown contained a tantalizing image: an architectural rendering of a partially-enclosed stadium on the site where Beckham and investors want to build their privately-financed home for Major League Soccer. Tim Leiweke, the Beckham partner heading up the Miami project, said the rendering came from the group's previous plans to build the stadium next to Marlins Park in Little Havana -- an effort that broke down late last year. 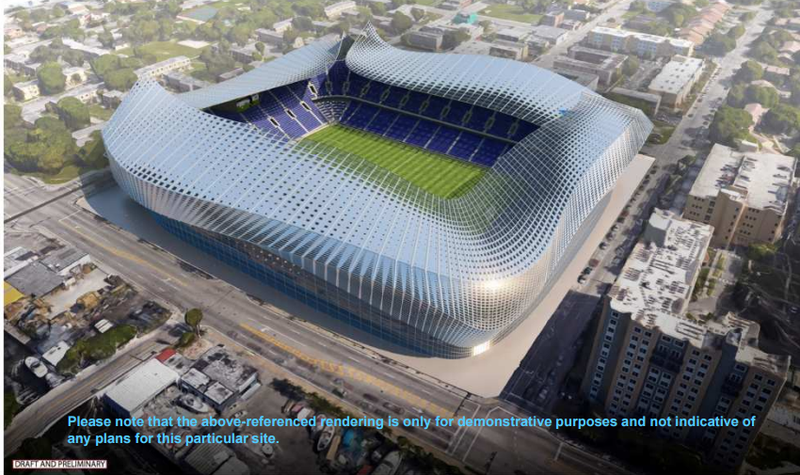 During the packed town hall, Leiweke said the group used the rendering to show that such a stadium could fit on the two-block site in Overtown now targeted by the soccer star.

It appeared to be the first time the rendering was made public (Beckham spokesman Tadd Schwartz said Tuesday he did not think the rendering had been released before the meeting) and so it quickly got attention from the assembled media and soccer fans.  Beckham aides declined to make the rendering, or accompanying presentation, immediately available when a reporter asked for it.

But with the event a public meeting, the Beckham group recently turned over the electronic document to the Miami-Dade Clerk's Office. Naked Politics had a request in to the county for the presentation, and it was delivered Tuesday. 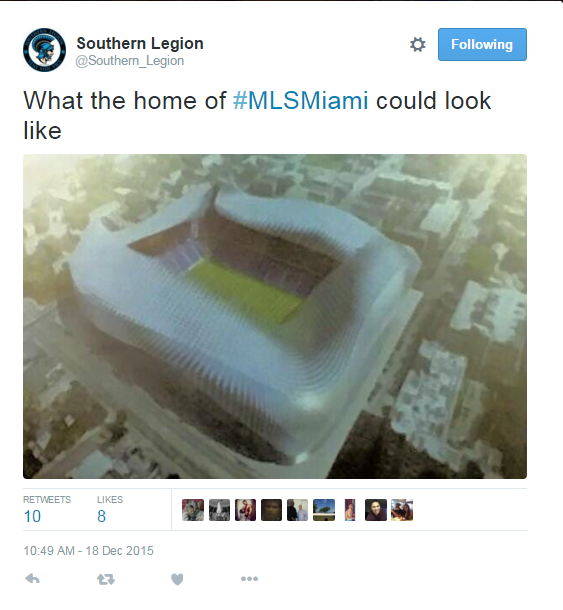 It's not clear what (if anything) may need to change in the design now that targeted location has moved about a mile away to Overtown. Neisen Kasdin, a Beckham lobbyist and lawyer who used to be the mayor of Miami Beach, told Naked Politics on Tuesday that even the Little Havana rendering wasn't necessarily the final product.

"It was the initial design," Kasdin said.

Want to see the full presentation? Click the link below.