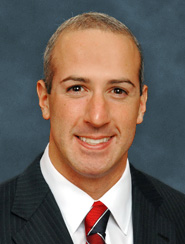 State Sen. Joe Abruzzo, D-Wellington, made official today his plans to seek re-election in the newly drawn Senate District 29, which includes most of the southern half of Palm Beach County.

And in an attempt to boost his chances in a potential primary battle against fellow state Sen. Maria Sachs, D-Delray Beach, Abruzzo also announced a flurry of endorsements from local and county officials -- including a few from Sachs' current district.

New configurations for all 40 Senate districts were set in the map approved last week by Circuit Court Judge George Reynolds and awaiting final approval by the Florida Supreme Court.

Both Abruzzo and Sachs had declared interest in the new District 29, which includes much of Abruzzo's current district and part of Sachs'.