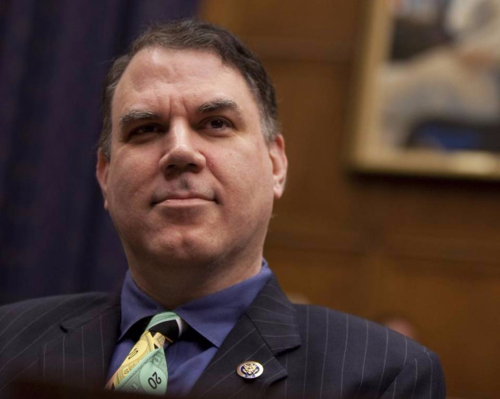 Grayson's campaign told the Herald/Times today the Orlando congressman took in $591,000 for the three-month filing period between October and December, with average donations around $28 from 9,300 individuals representing more than 240 Florida communities and all 50 states.

The total includes a new $100,000 loan Grayson gave his campaign, which is in addition to previous personal loans he's made, the campaign said.

Spokesman David Damron said the campaign is still calculating exactly how much Grayson had in cash on hand as of Dec. 31, but Damron said it's around the same amount "or slightly less" than what Grayson had heading into October.

The Jupiter congressman said he raised $1.46 million from October through December -- which, by comparison, is about 2.5 times as much as Grayson said he took in during the same time-frame. Murphy said he had nearly $4.3 million on hand in his U.S. Senate campaign, as of Dec. 31.

Fourth-quarter fundraising reports are due to the Federal Election Commission by Jan. 31. Senate campaigns typically file paper copies through the secretary of the Senate, so specific details on Grayson's and Murphy's most-recent fundraising aren't yet available.

Grayson's campaign expressed optimism for 2016, saying it "already set a new, one-month record for contributions in January" and has new, continuing pledges that total $60,000 a month going forward.

“This campaign is fueled by retirees and veterans, and people who work in classrooms or drive buses, not wealthy lobbyists and special interests," political director Mario Piscatella said in a campaign statement.

The Murphy-Grayson contest is drawing a lot of national attention, as Murphy has built momentum off support from key Democrats and union groups, while Grayson has picked up endorsements from notable progressives and grassroots supporters, including both the state and national Progressive Democrats of America.

Florida's U.S. Senate race is seen as one of the pivotal seats for both Republicans and Democrats to win, because it could decide which party controls the upper chamber of Congress next year.