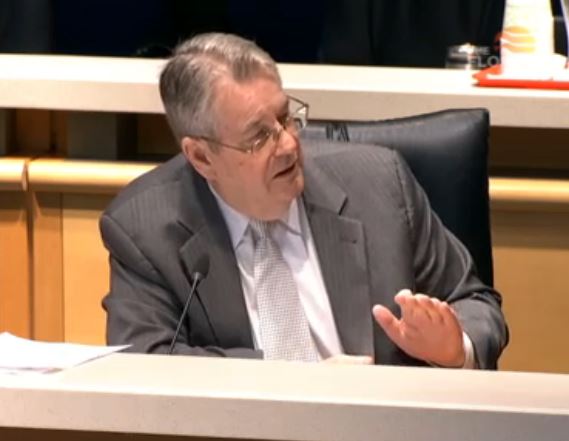 A plan to let Florida school districts and parents choose alternative tests in lieu of the controversial statewide assessments cleared its first Senate committee on Wednesday with strong bipartisan support.

But the state's top education official has voiced resistance to the idea, its chances appear bleak at getting heard in the Florida House and critics who oppose Common Core standards and high-stakes testing said the proposal doesn't go far enough to fix Florida's flawed education accountability system.

Acknowledging the FSA's "rocky start," Gaetz said his proposal "saves the infrastructure of accountability" Florida has for K-12 public education and it would save hours of teaching time spent on redundant assessments.

Although the FSA would remain a consistent option statewide, Gaetz's bill -- crafted with help from ACT Inc. and the College Board -- would allow districts, parents and students to pick from a variety of national name-brand assessments as an alternative. Those include ACT Aspire and the traditional ACT for students in third grade through high school, as well as the pre-SAT, SAT, Advanced Placement tests and industry certification exams, among others, for high-schoolers.

The alternatives would carry the same weight as the FSA in deciding whether students matriculate and/or meet high school graduation requirements. Students' test results would also still affect school grades and teacher evaluations, the formulas for which the state Department of Education would devise and implement.

Republicans and Democrats on the Senate Pre-K-12 Education Committee praised Gaetz's proposal before voting unanimously in favor of it Wednesday.

Gaetz's bill has two more Senate committees to clear before it could reach the floor -- next being the Senate budget committee, which Gaetz leads.

The obstacle is in the House, where no companion bill was filed before the legislative session. Gaetz said he has an ally -- Rep. Debbie Mayfield, R-Vero Beach -- to spearhead the proposal there. He said that House leaders told him they are "not committed to the bill, but they're very interested."

Mayfield told the Herald/Times she wants to add the alternative testing options as an amendment to HB 1135, which deals with educational accountability and school grades for 2014-15.

But that bill hasn't gotten an initial hearing by the K-12 Subcommittee yet, and time is running short. Next week is the final week House subcommittees are scheduled to meet, Mayfield said.

"I haven't been told they're looking at putting it on the agenda," she said.

Jacqueline Twiggs, a lead account strategist for ACT Inc., told senators the ACT exams are primarily based on ACT standards for college and career readiness, but the exams have evolved over the years to, in part, factor in national Common Core standards.

There is precedence in Florida for having alternatives to statewide assessments. Such options were available in the late 1990s when Florida had the FCAT.

Both ACT Inc. and the College Board -- which administers the SAT -- stand to gain financially from the proposal.

Gaetz said he doesn't want the state to spend anymore on test administration than it already has budgeted; rather, he envisions steering dollars that would have gone to American Institutes for Research to the companies administering the alternate tests. The state hired AIR two years ago to develop and administer the FSA.

Gaetz aims to pay for administration of the alternative exams by having the Department of Education re-negotiate AIR's six-year, $220 million contract, so AIR is paid only for the portion of exams it administers.

Both the College Board and ACT Inc. have several Florida lobbyists registered in their behalf. Among the ACT's lobbyists is Jim Horne, a former state senator and education commissioner under Republican Gov. Jeb Bush.

Sen. Dwight Bullard, D-Cutler Bay, said he still has concerns about high-stakes testing and the anxiety that it causes schoolchildren, but Gaetz's bill "definitely has some great, great components."

He said he would like a provision added to ensure school districts aren't pressured to choose one exam over another.

"I'm hoping we put some of those fail-safes in play so there's really an open and honest conversation about where we choose to place the emphasis," Bullard said.

While senators and advocacy groups representing school board members were mostly complimentary, passionate opponents of both Common Core and high-stakes testing slammed Gaetz's bill as "a new caboose on a runaway freight train."

"This is clearly a false choice between two high-stakes tests," said Keith Flaugh of the Florida Citizens' Alliance. "For many parents, this just throws gasoline on a fire that’s burning and raging out of control."

Trinity Republican John Legg, the Senate committee chairman, said he's a "fan of the high school portion" of Gaetz's bill, but still has questions about offering alternatives to students in lower grades. He also worries that Gaetz's proposed timeline of allowing alternatives starting next school year might be too ambitious.

"This will be a good work product," Legg said.