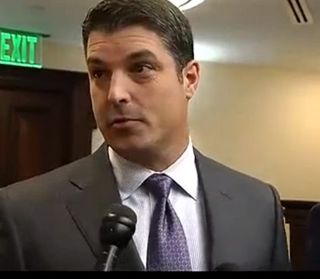 House Speaker Steve Crisafulli, who is retiring this year because of term limits and is not even expected to be on the ballot in November, is the top fundraiser this legislative session, raising $2 million in his two political committees since the last session ended and this cycle began in July. His take rose $350,000 alone during a flurry of fundraisers the first 11 days of the year, before session.

Crisafulli, R-Merritt Island, has not announced he will run for higher office but it is widely believed he is working to stave off challengers for a 2018 run for agriculture commissioner, when Adam Putnam, the current ag chief, runs for governor.

Early January was a busy time for fundraising for the state's legislative leaders. According to a Herald/Times analysis, the top fundraisers collected $1.7 million alone during that time, raising their total since July to $9.6 million.

The Herald/Times found that the total directed to legislative political committees between July and December in anticipation of the session that began Jan. 12 exceeded $28.5 million. Most of the money was raised by the two dozen lawmakers who have the most influence over the process.

Crisafulli raised nearly twice as each of the next 14 fundraisers, including Sen. Jack Latvala, R-Clearwater, and Sen. Joe Negron, R-Stuart, whose fundraising climbed as they were locked in a protracted battle to become Senate president. Negron won that challenge and started to steer his fundraising to the Florida Republican Senate Campaign Committee since December.

"If you look at his history of working with a number of conservative candidates and causes, that will continue whether he is seeking office or not,'' said Brian Hughes, one of Crisafulli's political consultants. Hughes notes that the state's fundraising laws allow Crisafulli to transfer the funds from his political committee to a future campaign but "he hasn't made any decisions" and is now intent on "having a good session and helping the Republicans hold the majority in the Legislature."

Meanwhile, Senate President Andy Gardiner, R-Orlando, who is also retiring because of term limits, made it onto the top 15 list because of a single check in December from the FRSCC to his political committee, which had been virtually dormant this campaign cycle.

Gardiner spokeswoman Katie Betta said the Senate president will use the money "in upcoming election cycles to support candidates who share the president’s values."

Among those prospective candidates could be Gardiner's wife, Camille. Prior to the court approving a map that dismantles Gardiner's current district, Camille Gardiner had told the Herald/Times she was considering running for the state Senate.

Here are the top legislative fundraisers: