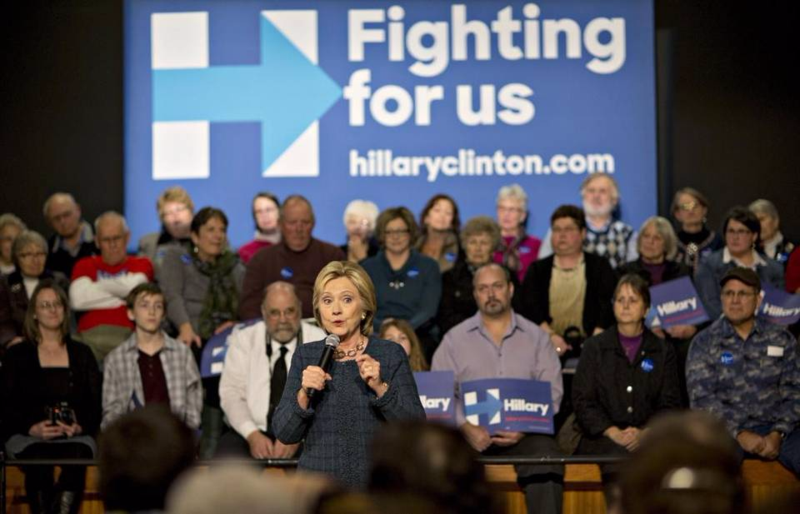 NEWTON, Iowa -- I was in the mood for some excitement, so I drove out to Newton, the county seat of Jasper County, to hear Hillary Clinton. I got here early, so I ate lunch at the Midtown Café, in the heart of downtown, where the clientele was mainly older ladies (by which I mean ladies roughly my age) and large agricultural-looking men in bib overalls.

So I went with the daily special, which was cream chipped beef on biscuits. It came in a portion the size of a four-person life raft. It was a meal suitable for working men, men in bib overalls who perform hard agricultural labor such as baling soybeans or neutering heifers. It was not suitable for a newspaper columnist whose most strenuous physical activity is typing in the Wi-Fi code. But it tasted good, and it will be lodged in my stomach for years to come.

After taking the Chipped Beef Challenge I staggered over to the Clinton event, which was held in the Berg Middle School gymnasium. There was a banner with the Hillary logo and the slogan “Fighting for us.”

Clinton was introduced by a slick video, which listed the many achievements she has accomplished in her lengthy career of holding positions while at the same time being a woman. Then Clinton came out and delivered her speech, which contained a LOT of specific policy information, and statements such as “I’m proposing something called the National Infrastructure Bank.” At one point, talking about wind power — Wind power is important! — she informed us how many parts are in a turbine. It was something like 900, which I think we can all agree is an impressive number of turbine parts, but it’s not the kind of thing that excites people. The crowd, which was very pro-Hillary, applauded at the right times and even emitted some “Whoo!”s, but they didn’t seem really fired up.

I am no political consultant, but I think Clinton’s main image problem is that, while she wants us to believe she’s Fighting For Us, the main vibe she gives off is that she’s Way Smarter Than Us. (To be fair: I think Ted Cruz has the same problem.)