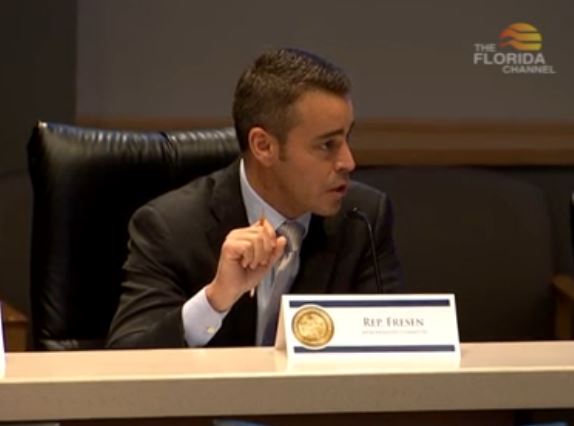 Setting the tone for an adversarial debate this session, Florida House Republican leaders want to rein in what they call a “disturbing pattern” of school districts “glaringly and grossly” exceeding a state-imposed limit for spending on school construction projects.

Citing annual data that districts report to the state, House education budget Chairman Rep. Erik Fresen, R-Miami, said public schools have spent more than $1.2 billion over the last nine years in excess of a legal cap that dictates how much in state money schools can spend “per student station,” or the space required for each individual student.

His findings were discussed by the full House Appropriations Committee last week and offer a prelude to further conversations this session about both the annual education budget and proposed new restrictions traditional public schools might face in how they spend capital dollars.

They said requiring accountable spending of taxpayers’ dollars is a conversation worth having, but they said Fresen’s conclusions over-simplify how school construction projects are funded. In addition to state aide, districts have their own local sources of revenue — such as local sales tax and bond referenda — which they’ve had to rely on more and more as the state has cut funding and shifted dollars to charter schools.

House Democratic Leader Mark Pafford, of West Palm Beach, who sits on the budget committee, told the Herald/Times the conversation serves as another attack on Florida’s public education system by a Republican-led Legislature that’s friendly to for-profit charter schools and voucher programs.

“The Legislature commonly uses information and manipulates it to fit its own argument,” Pafford said of Fresen’s presentation last week. “There was a lot not mentioned. ... They’re purposely breaking the back of the public education system.”

Referencing funding requests from public school representatives, Fresen urged House members last week to analyze how capital dollars are being spent and to not take school officials’ pleas for more money “hook, line and sinker.” He indicated — citing his findings — that schools should make better spending choices, rather than asking for more money.

“You’ll see a very disturbing pattern,” he said of the data he had his committee staff compile.

Officials at traditional public schools want lawmakers this year to restore districts’ taxing ability — which lawmakers chipped away at in recent years — and also to allocate more capital dollars for maintenance and repairs. Much of the capital money in the past several years has gone to charter schools, which are privately managed but publicly funded. District officials and superintendents argue traditional schools are long overdue for a jolt in funding.

Republican Gov. Rick Scott has proposed equal capital funding for 2016-17 for traditional and charter schools: $75.2 million to each. House and Senate budget proposals are expected later this week.

But Fresen doesn’t appear amenable to considering the schools’ requests. He told the Appropriations Committee he’ll seek to reduce the state-imposed cap on per-student-station spending so that schools cut costs, and he also wants to broaden what revenue sources and expenses would be subject to that cap and then enact penalties for districts that exceed it.

Those ideas will be met with resistance. Pafford called those proposals “the continued torture of the public school system.”

Fresen told the committee he’d been interested in districts’ construction spending for years “but didn’t want to make it my war” previously. This session, he has support from House Appropriations Chairman Richard Corcoran, R-Land O’Lakes, to take it on.

“The expenditures that are taking place are an absolutely horrible stewardship of the taxpayers dollars,” said Corcoran, who’s in line to become House speaker in November. “It is somewhat laughable. It’s taxpayers’ money that is being robbed in areas that are far more crucial.”

The Legislature set a statutory cap 10 years ago on how much in state aide schools could spend per student station — roughly $21,000 for elementary schools, $23,000 for middle schools and $30,000 for high schools. The figure is adjusted annually based on the consumer price index. If a project exceeds that, schools need to use an alternative funding source, such as local aide.

In a presentation to House members, Fresen’s budget staff highlighted various examples of district projects that exceeded those maximium levels between 2006 and 2014.

For example, Pompano Beach Middle School in Broward County in 2009 reported spending $79,300 per student station — almost quadruple the cap — on a new cafeteria and eight new classrooms. Also, Homosassa Elementary School in Citrus County in 2007 reported spending nearly $250,000 per student station — or more than 13 times the maximum — for a new media center and food services building and other renovations, according to the staff report and Department of Education data.

The data included no details on how much local aide was used versus state aide.

The only examples from Miami-Dade County — Fresen’s home district — that were included in charts he gave the Appropriations Committee were three new elementary schools in 2006 that exceeded the cap by relatively small amounts. However, he did mention a Coral Gables school that he said bought and retrofitted an office building at a cost of $44,000 per student station.

“If we applied that kind of a logic to the entire [system], is it really a shortage of funds, or in choices being made?” he said.

Democrats and school officials said Fresen’s conclusion lacks context, because there was no information about the type of revenue involved to pay for projects or mitigating circumstances that might have led to cost-overruns.

“All kinds of things can come into play,” said Ruth Melton, government relations director for the Florida School Boards Association.