In Iowa, Marco Rubio says he can unify GOP, if not the country 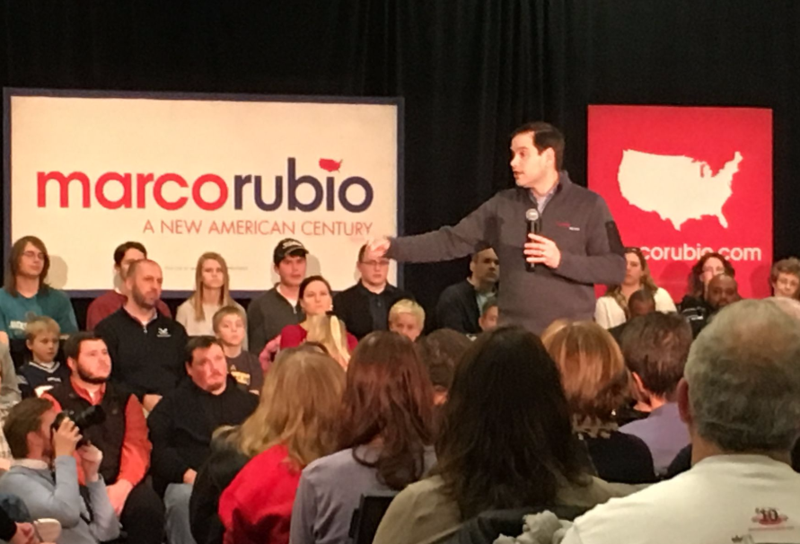 WEST DES MOINES -- He doesn't quite put it this way, but Marco Rubio's closing pitch to Iowa voters is that he's the best of both worlds.

He's the conservative upstart who made it to the U.S. Senate in 2010 and to the presidential race in 2016 against the advice of the deans of the GOP. And he's the likable senator for the nation's largest swing state who doesn't scare away middle-of-the-road Republicans.

In other words, he's not Jeb Bush or John Kasich. But he's also not Donald Trump or Ted Cruz.

"I'm going to bring this party back together," Rubio promised several hundred people at a town hall-style campaign event Tuesday night. "If we're not together, we lose."

He didn't make a similar promise about bringing the whole country together. Indeed, the long list of goals he rattled off for his potential administration -- repealing environmental and immigration protection rules, undoing a nuclear agreement with Iran, rewriting the Affordable Care Act -- would probably alienate many Democrats and independents.

But Rubio didn't see it that way. He could bring the Republican Party's warring outside and establishment factions together, he said -- and then expand the GOP, though how he'd go about doing that wasn't exactly clear.

"We've got to go out and convince more people to join us," Rubio said. "I will do that. I will grow our party, and I will grow the conservative movement."

The Florida senator did, briefly, mention non-conservatives whom he'd have to appeal to in order to win a general election.

"I'm going to be a president for all Americans," he said. "That includes the people who don't vote for me."