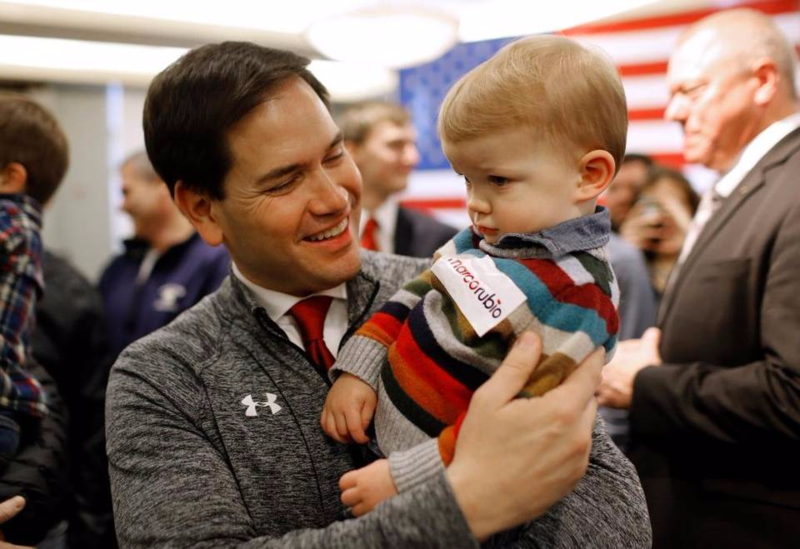 SIOUX CITY, Iowa -- Presidential candidates spend hours upon hours aboard hulking SUVs and swanky buses motoring across the snowy prairies of the country’s midsection ahead of Monday’s Iowa caucuses — all to try to win just a handful of votes.

In 2012, some 121,500 Republicans caucused in the entire state. That’s only about 6,000 more people than the 114,700 Republicans who cast ballots in the presidential primary that year — in Miami-Dade County.

Rick Santorum won the 2012 caucuses with 29,839 votes. That’s about how many votes Mitt Romney got — in Miami-Dade absentee ballots alone.

But this is how the nation picks its presidents. Which is why Miamians Marco Rubio and Jeb Bush spent the better part of the past week in places like Sioux City, asking Republicans for their support.

Some of them don’t even live in Iowa.

“I’m from Nebraska,” one woman attending Bush’s Friday afternoon town hall sheepishly admitted. A couple at Rubio’s Saturday morning town hall declined to give their name, because “We came from South Dakota.”

The Sioux City metro area, on the banks of the Missouri River and once part of Lewis and Clark’s exploration trail, touches all three states. The city proper, however, has a population of 82,500 — smaller than Miami Beach — and is Iowa’s fourth-largest city. Voters expect to see their candidates in person.