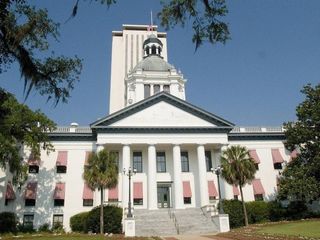 Fresh off a year spent snared in gridlock over redistricting and the state budget, the Florida Legislature returns Tuesday for its annual 60-day session with fresh optimism that it will restore harmony to the process and put a halt to taxpayer-funded overtime.

The session, set two months earlier than normal, is expected to open with the passage of the top priorities of House Speaker Steve Crisafulli, R-Merritt Island, and Senate President Andy Gardiner, R-Orlando: a sweeping rewrite of state water policy and package of bills encouraging the advancement of students with disabilities.

Both proposals died when the House abruptly adjourned three days early last April, in violation of the state Constitution, leaving the budget unfinished.

The early passage of priority bills is designed to provide a cordial coda to a tumultuous year that saw two special sessions on redistricting end in impasse, another special session convened to complete the budget, and a prolonged Senate leadership fight that paralyzed any progress.

Each of those flare-ups became the tinder to an explosive year that has left emotions raw, spawned distrust of Gov. Rick Scott, and left the ruling Republican Party in disarray.

But while Gardiner and Crisafulli say they have mended their rift, many flashpoints remain — from gambling and taxes to guns and healthcare.

“While some people think the place is falling apart, the reality is it’s just part of the process,” said Gardiner, now in his 16th and last year as a legislator. “There’s not much that surprises me. I think what’s more surprising to me is that people are surprised.”

Crisafulli called it “an interesting and extraordinary year for all of us” and is confident the worst is behind them. “My hope is the 2016 session will get back to normalcy — as we call normal around here.”