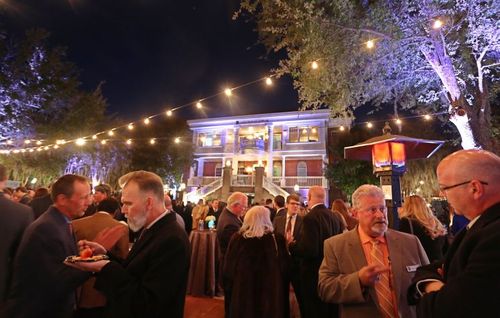 As Florida legislators begin their annual session in an election year, at least $28.5 million has been funneled into legislative political committees in the last six months, fueling progress on priority legislation for many industries, and blocking other ideas from advancing, according to a Herald/Times analysis.

For example, while legislation to clear a path for the popular ride-sharing services like Uber and Lyft has rolled quickly through the Florida House and is ready for a vote after the first week of the annual session, the industry has not been a big campaign donor, and the bill is a long shot in the state Senate. There, the influence of the legacy taxi industry, and years of campaign cash, defeated the effort last year.

The prospects look better for the oil and gas industry, however. Its top priority — preventing local governments from regulating or banning hydraulic fracturing (fracking) — have sped through both chambers and are deemed priority bills.

“It’s moving fast and it’s moving hard,” said Rep. Evan Jenne, D-Dania Beach, who has filed a rival bill that would ban fracking in Florida. His bill has not gotten a hearing, and he predicts it won’t “because there’s no money in stopping environmental degradation. That’s not where the cash is.”

Unlike the disruptive ride-sharing industry, which is also seeking protection from restrictive regulation by local governments, the oil and gas companies are on their fourth year of trying to get their bill passed, and they have revised their pitch and juiced their proposal — by doubling their campaign contributions to legislators.

The Barron Collier Companies, for example, which are seeking a permit to use hydraulic fracturing to drill for oil and gas in Naples, have steered $115,000 to lawmakers — up from the $63,500 they spent last session. Other members of the petroleum industry have lubricated lawmakers’ campaigns with another $170,000.

Since lawmakers finished their 2015 regular session work in June, at least $9.5 million — in five- and six-figure checks — was sent to the political committees of individual lawmakers. Another $6 million went directly to the campaigns of state representatives and $3 million to state Senate campaigns. The Republican Senatorial Campaign Committee raised another $3.2 million for Republican senators. The Republican Party of Florida, which is collecting checks for state House campaigns, raised $4.3 million, and the Florida Democratic Party, which raises money for all its legislators, collected $2.1 million.

The torrent of cash is the result of a shift in state campaign finance laws that allowed for unfettered donations to legislative political committees in the wake of the federal court ruling on Citizens United. Stronger disclosure laws opened the door to more frequent reporting, but there is no requirement for contributors to disclose what issues or bills they are attempting to impact.

Many of the cash-rich special interests are getting preferential treatment as their priority bills have been moving early in the 60-day session. Just as importantly, many ideas that are opposed by influential special interests are getting blocked. The ride-share debate is a classic turf battle, but it’s not the only one. Industry fights are emerging over medical marijuana, gambling, schools, solar power, tobacco, hospital regulation, dental care and pain clinics.

“The Uber issue [HB 509] is reflective of so many other issues we’ve fought over the years,” said Sen. Jeff Brandes, a St. Petersburg Republican with a strong Libertarian streak. He chafes at what he considers the Legislature’s predilection “for building the walls higher and the moats deeper” for some industries to maintain the status quo instead of embracing free-market principles.

Photo: Florida lawmakers, lobbyists and members of the media kicked off the 2016 Florida legislative session last week with a party at Associated Industries of Florida. [SCOTT KEELER | TIMES]