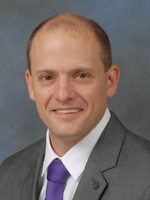 Rodriguez confirmed his interest in the seat Wednesday after news broke that Sen. Gwen Margolis, D-Coconut Grove, plans to move north to run for re-election in a more solidly Democratic district. He has not yet filed for the seat or made a final decision about whether to run, he said, but it’s something he’s putting a lot of thought into and talking to his family about.

“When you’re considering it, you’re also sort of preparing for it,” Rodriguez said. “This is a unique and fresh opportunity to be able to continue representing these communities but in a different form where hopefully I can have a bigger impact fighting for them.”

All of his current House district is inside the boundaries of Senate District 37, created in a court ruling last week as part of a redistricting trial over the state Senate maps. After the auditor general randomly selected district numbers Tuesday, current and would-be lawmakers started scrambling for open seats, particularly in areas where two or more sitting senators were drawn into a district together, as in 37.

“It’s something I’ve been literally studying for less than 48 hours,” Rodriguez said.

The new district is heavily Hispanic and leans Democratic. In 2012, it elected Barack Obama with 53.6 percent of the vote. That could be helpful in taking on Diaz de la Portilla, a member of one of the area’s most prominent political families.

Rodriguez has challenged members of the family before. In his first election for the House in 2012, he beat Alex Diaz de la Portilla, himself a former senator.

The new district maps need to be affirmed by the Florida Supreme Court, and the Senate still has the option to appeal.