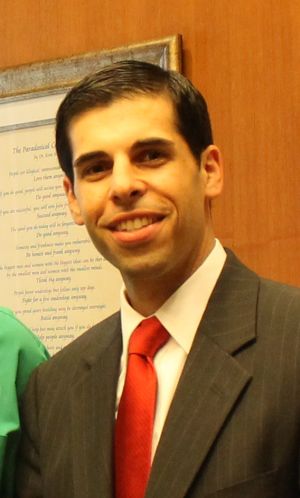 Less than a month after leaving the Florida Department of Economic Opportunity, former agency director Jesse Panuccio has been nominated by Republican Gov. Rick Scott to fill a seat on the Supreme Court Judicial Nominating Commission.

Panuccio will succeed Rutledge Liles for a term that ends in July 2019, according to a news release by Scott's office this afternoon announcing 42 other appointments to judicial nominating commissions for courts across the state.

The commissions nominate judges for trial and appellate courts, as well as the Supreme Court justices, and present them to the governor for his selection.

Scott has made a point of putting close associates on these commissions. The next commission will have the ability to name the candidates for replacement James E.C. Perry, who must retire in 2017 because of a mandatory retirement rule.

Panuccio, 35, announced his resignation from the DEO in early December. Panuccio led the agency through controversy over technical problems with the online filing system for unemployment benefits and had been one of Scott's top advisers in jobs and economic development. He was appointed executive director in 2013 but faced a tough confirmation vote in the Senate. He left the job Jan. 8.