« Legislators open session optimistic they'll find harmony, but many flash points remain | Main | In Miami, a glimpse at the tricky business of campaigning as Marco Rubio »

Slowly and doggedly, presidential campaign kicks off the ground in Florida 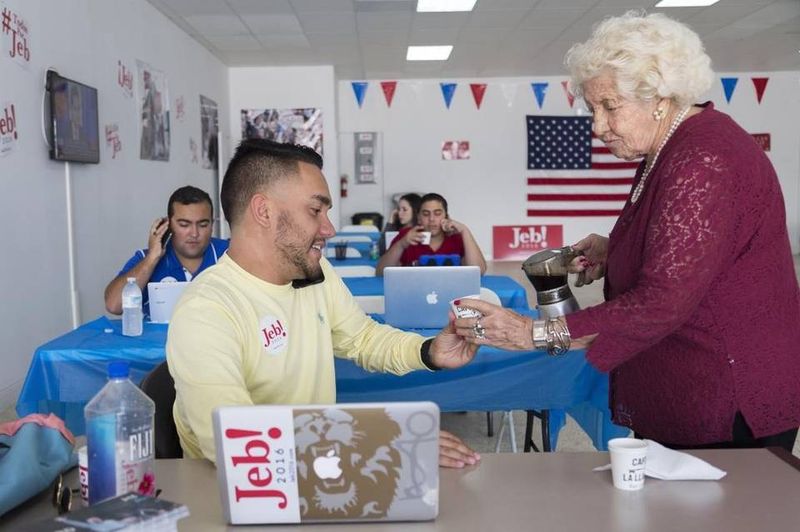 “Florida is going to be a very important state, as it always is, and we’re going to work hard to bring it home for Marco Rubio,” said Judy Wise, a Rubio supporter and one of a couple of handfuls of volunteers calling voters Thursday night at a law office in Riverview.

“There isn’t a more humble, caring political guy than Marco Rubio. When he was running for senator he called all of us personally to thank us for putting on a fundraiser dinner. It was very sweet,” said Wise, who had reached three voters — two professing positive feelings for Sen. Rubio and one set on Donald Trump.

Scenes like this are occurring with increasing frequency in this mega state that all but locked up the nomination for the past two Republican presidential nominees.

“These people are fired up. We have more volunteers than we know what to do with right now, and they’re diverse, and they’re not your typical Republican campaign volunteers,” said Karen Giorno, Trump’s Florida campaign leader.

The primary landscape could be vastly different when the Florida votes are counted March 15. About two dozen states already will have voted and the large field is almost guaranteed to be significantly smaller.

But the leading campaigns understand that even as they fixate on all-important Iowa (caucuses kick off the voting Feb. 1) and New Hampshire (the do-or-die primary is Feb. 9), they can’t afford to ignore Florida too long.