Trailing in Iowa, Jeb Bush looks much more relaxed as a candidate 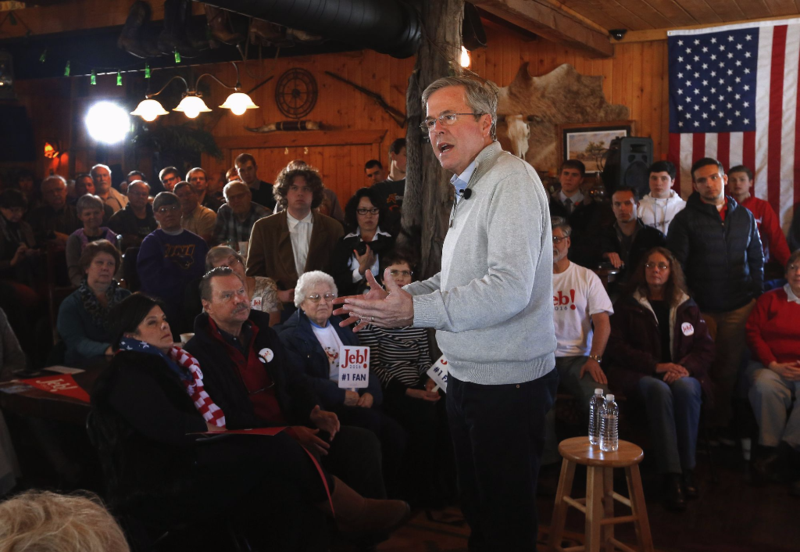 CARROLL, Iowa -- Maybe it was the cold meds for his nagging cough. Or the year of rocky practice on the presidential campaign trail. Or the low expectations of where he’ll finish in Monday’s Iowa caucuses.

Whatever the reason, in the final days leading to the first Republican vote, Jeb Bush at long last seemed liberated. He was the candidate who might have been, sans Donald Trump. The governor Floridians knew. A man comfortable with being a Bush.

During Thursday night’s Trump-less debate in Des Moines, Bush embraced his family’s political dynasty, and did so almost with gusto.

“Look,” Bush said in response to a question about the GOP’s mainstream-vs.-outsider divide. “I am in the establishment because my dad, the greatest man alive, was president of the United States, and my brother, who I adore as well, as a fantastic brother, was president. Fine, I’ll take it. I guess I’m part of the establishment. Barbara Bush is my mom. I’ll take that, too. But this election is not about our pedigree; this is an election about people that are really hurting. We need a leader that will fix things and has a proven record to do it.”

His answer would have been nearly unthinkable eight months ago, when Bush, not yet a presidential candidate, stumbled over and over again when asked about his brother’s Iraq War and his family’s dynastic legacy. Bush’s inability to deal with The Bush Question, his candidacy’s most evident obstacle, was an early warning sign to some Republican donors and strategists that he might be in trouble.

But Bush’s grinding campaign has served as public talk-therapy session. He jokingly admits as much in his town halls, and a sort of psychological breakthrough had happened by Friday after the debate.