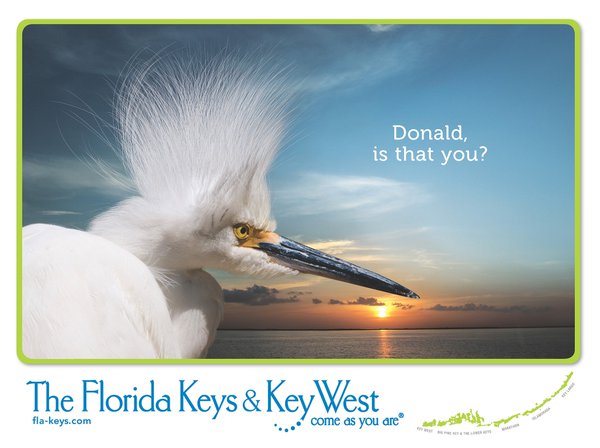 Who should be more insulted: the candidate or the egret?

A new Florida Keys tourism ad uses a spiky-browed bird as a stand-in for GOP presidential contender Donald Trump. The ad with a close-up of a snowy egret asks: “Donald, is that you?”

The campaign, aimed at tourist eyeballs as well as free news coverage, will go up on Metro stations in Washington, D.C., the tax-funded tourism board said Wednesday. A news release says the $300,000 campaign by Tinsley uses “presidential campaigning” as inspiration, and includes a shot of a couple on a hammock under a headline about “swing states.”