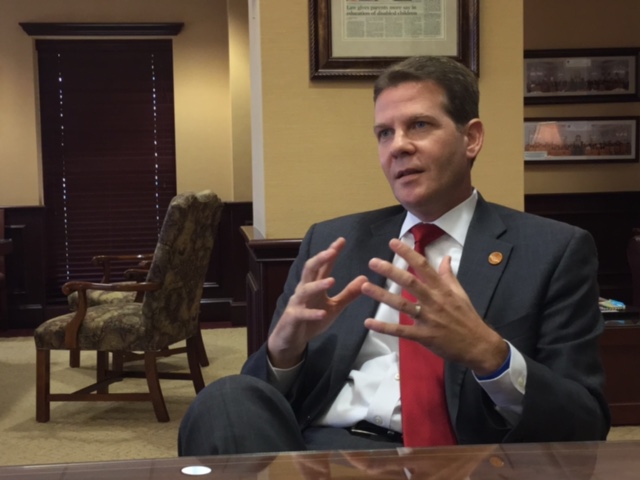 Although the Florida House is expected to pass two controversial gun bills this afternoon, the odds are continuing to diminish that they'll become law this session.

Speaking to reporters today, Senate President Andy Gardiner, R-Orlando, said the proposals are "in trouble," as far as the Senate is concerned. One of the bills allows concealed weapons permit-holders to carry openly and another lets them carry concealed on public college and university campuses.

Gardiner has been consistent that the fate of the bills rests with Sen. Miguel Diaz de la Portilla, R-Miami, the chairman of the Senate Judiciary Committee, where both bills await another hearing. Diaz de la Portilla said he won’t hear the campus-carry proposal in his committee for the second year in a row, and he indicated last week he could change his mind and not hear the open-carry plan, either.

"I think now he has some concerns about open carry," Gardiner said of Diaz de la Portilla. "It's not my intent to pull those bills out of committee, so I would say, yeah, they're probably in trouble."

Diaz de la Portilla has not returned messages from the Herald/Times seeking comment.

For weeks, some Republican leaders in the Florida Senate haven't been as enthusiastic about the proposals as their counterparts in the more conservative House.

The open-carry bill was amended Tuesday evening on the House floor to also include a provision allowing Florida's 160 state lawmakers to carry concealed in official meetings of the Legislature, a location that's currently one of several so-called "gun-free zones" designated in state law.

"To me, if you're taking away an exemption, especially for somebody else, you should live by that same standard," Gardiner said, "so it should be all the way across the board, but I don't know if we'll even get that bill to make that point."