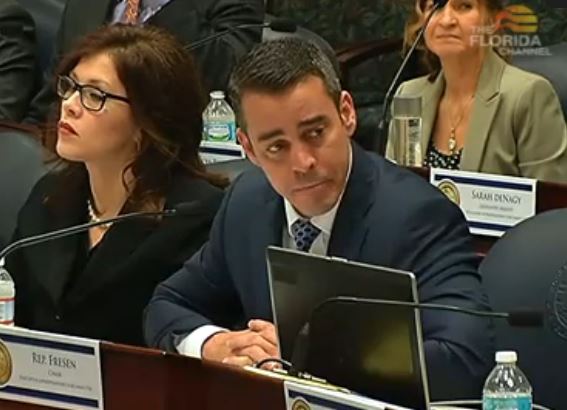 In late January, the Appropriations Committee held a lengthy discussion -- led by House education budget chairman Rep. Erik Fresen, R-Miami -- about what Fresen and House leaders called a “disturbing pattern” of cost-overruns on public school construction projects paid for, at least in part, with state funding.

Because of those alleged abuses, Fresen said he's prepared to propose limits on how districts use the fixed-capital outlay dollars they get, as well as penalties, should they exceed spending caps. (More here on that meeting.)

The Florida Association of District School Superintendents responded with a two-page letter on Monday -- penned by president Barbara Jenkins, Orange County schools superintendent -- detailing why they felt Fresen's conclusions were "not sound" and didn't show the full picture of the circumstances schools face.

For one, they pointed out: "Many districts across the state have levied local referenda to meet the facilities needs of their communities because of limited capital funding from the state. These locally generated funds are meant to benefit the local community from which the funds were raised."  Download FADSS_Response

Fresen's data depicting cost over-runs didn't specifically include details on the source of funding or how much of it was state versus local dollars for the examples he cited.

Today, Fresen fired back and doubled down.

In a three-page response of his own, Fresen wrote that the superintendents are the ones who are inaccurate, he says they've for years "presented me with an incorrect assessment of their capital outlay needs," and he is "disappointed" they didn't come speak to him about their concerns before drafting and disseminating their memo.  Download Fresen Response

Fresen argued, as he did in the committee hearing, that the statutory limit on per-student-station costs -- what it takes to build the space required for each individual student -- is already higher than it should be, because it was put in place after the 2005 hurricane season when construction costs were inflated.

Even with that, he said he found 259 of 862 reported school construction projects -- or 30 percent -- went over the limit during the past 10 years or so.

"These overages are egregious and must be highlighted and reigned (sic) in," Fresen wrote. "At a minimum, the public should have full transparency of expenditures made with their hard-earned taxpayer dollars."

He also took aim at the superintendents' claim that they've "struggled to pay for capital costs for years, especially through the great recession."

"The data simply doesn't support this claim," Fresen wrote, adding that "some of the most egregious overages" he found in 10 years' of data happened during the economic downturn.

He reiterated his intent to file an amendment to one of the education bills under consideration this session to "address the inflated statutory costs per student station and ... ensure that facility costs and caps are not merely a suggestion but are enforceable and adhered to."

As Fresen and the superintendents trade jabs, the House is proposing to give charter schools more capital-outlay dollars than traditional public schools next year, although traditional schools have asked for an increase.

The House budget plan for 2016-17 proposes $90 million for charter schools -- which are privately managed but publicly funded -- and keep traditional schools level at $50 million. (Both received $50 million this year.)

Although the number of charter schools continues to climb in Florida, traditional public schools still outnumber them by more than six to one.

By comparison, the Senate proposes to keep funding traditional public schools at $50 million, but give no capital dollars to charter schools.

Fresen and Senate education budget committee Chairman Don Gaetz, R-Niceville, said a compromise on those figures would be reached later in the budget negotiations.