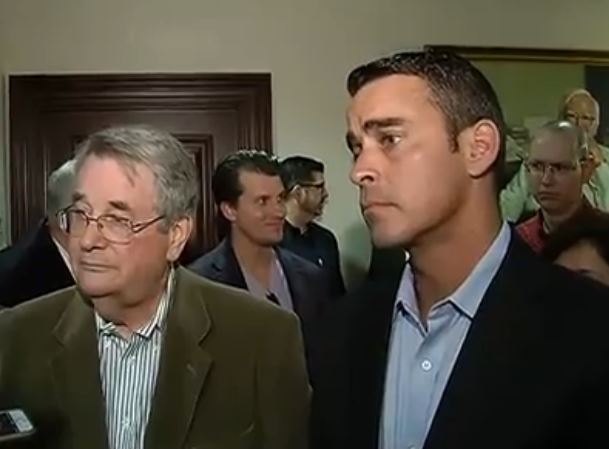 Legislative leaders were close to hashing out a deal Saturday evening to provide record-level K-12 education funding next school year -- without forcing businesses and homeowners to shoulder hundreds of millions of dollars in extra funding through local property taxes.

The proposal is a gesture of significant compromise by the Florida House.

But by using a greater share of state dollars instead, the $458 million proposed increase for 2016-17 is far less than what Republican Gov. Rick Scott or House or Senate leaders had originally sought.

Scott's recommendation to the Legislature was for a $507 million increase, almost 90 percent of which would have come from property taxes that homeowners and businesses pay.

By comparison, the House had originally proposed a $601 million increase, while the Senate wanted $650 million extra.

Both initial legislative budget plans mirrored Scott's funding formula, but Senate leaders have, for weeks, argued that increasing K-12 funding through the "required local effort" -- as Scott proposed -- would constitute a "tax increase."

Scott and some House members disagreed with that assertion, arguing that the tax rate wouldn't have changed. Even so, property tax bills would've gone up because property values have rebounded statewide.

"There was obviously a lot of concern by members of both parties as to how those funds were distributed," the Miami Republican said.

After re-analyzing their budget allocations, Fresen said he and committee Vice-Chairman Sen. Don Gaetz "made the policy decision overall to apply more general revenue ... (and) apply less of what could be considered -- whether construed properly or not -- as a property tax increase."

After the House presented its offer Saturday afternoon, Gaetz and Fresen said they planned to hold another meeting later in the evening and asked the conference committee members to stick close by. But an advisory sent at around 8 p.m. said the committee would not meet again that day.

Gaetz, R-Niceville, said that the House's proposed compromise amounts to "$432 million in property tax relief," because it doesn't go with Scott's funding formula.

"What the chairman [Fresen] and I have been talking about publicly and privately over these weeks is finding some kind of alternative so the state could buy down a greater share of that increase," Gaetz said, "and so at a time, when we want our economy to continue to thrive and grow, that we don't provide a broad-based property tax increase on the backs of the people of Florida."

Gaetz said the House's offer was "very generous and very sensitive to what the Senate has been saying, now, for weeks and months."

"It's an actual commitment of limited general revenue funds and substituting those to provide for the largest increase in per-student funding, as opposed to using property taxes," Fresen said.

About $197 million of the total K-12 funding would be a one-time allocation, not a permanent increase.

Overall, the compromise calls for a record-level $20.2 billion in funding for K-12 schools next year.

"(It's) more money than ever before and the largest per-student amount of money for K-12 education in Florida history," Gaetz said. "It's something that I think meets the needs of Florida."

The budget agreement also includes a slight drop in the "required local effort" property tax millage that helps fund education. The 0.29 fewer mills -- or 5.8% drop in the tax rate -- equates to a $724,000 drop in state revenue.