In the halls of Tallahassee's Capitol, rare push back over permanent tax cuts but modest help for safety net 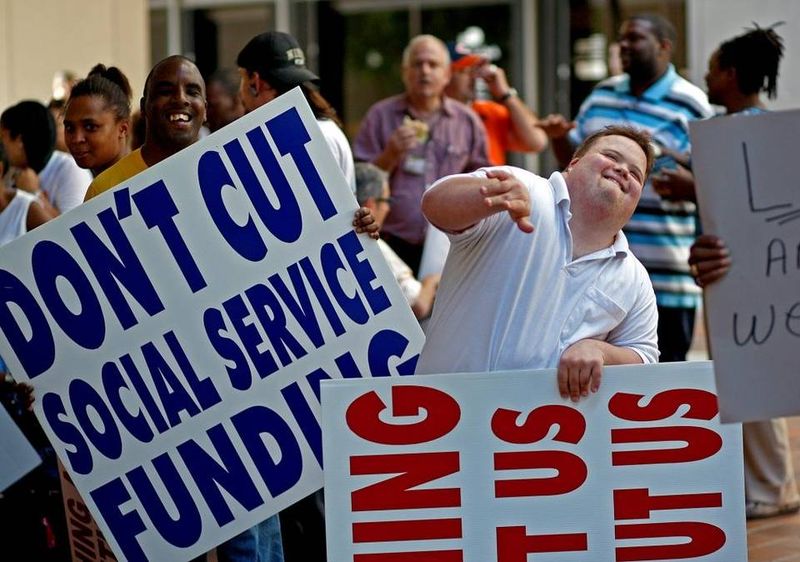 Something strange was happening in the halls of the Republican-led Legislature as it passed the halfway point of its annual session last week.

With a budget flush with more than $1 billion of additional revenue, lawmakers are locked in a debate over whether to back a budget that restores $1 billion in cuts to the state’s tattered safety net for the state’s most vulnerable children, disabled and elderly — as the state Senate proposes — or returns it to taxpayers in the form of tax cuts, as the House and Gov. Rick Scott propose.

For Republicans who came to office reflexively touting less government and lower taxes, it’s an uncommon debate to have, but Senate leaders are also arguing something so unthinkable that few Republicans have uttered it before: They are calling the governor’s tax cut proposal unsustainable and irresponsible.

“Who is the most conservative, who is the most responsible individual — the person who cuts the most taxes, or the person who lives within their means?” asked Senate budget committee chairman Tom Lee, R-Brandon, on Thursday as he defended his chamber’s $81 billion spending plan. The proposed Senate budget includes no tax cuts but has $1 billion more in child welfare, education and prevention programs than the House.

Lee told reporters: “We want to live within our means over here, and we believe our outlook documents suggest that we would be betting the farm on a high-level tax cut.”

Florida’s budget has rebounded since the Great Recession when lawmakers stripped billions from its spending plans from 2008 to ’13 and revenues are expected to be more than $10 billion higher than Scott’s first budget in 2011 — about $1 billion higher than last year. The new money presents lawmakers with ample choices and, while they have not made restoring cuts to programs a priority, the shifting conversation has lawmakers in both the House and Senate reacting cautiously to the governor’s call for permanent reductions in the state’s tax base.

Legislators and the governor tout the fact that in the last three years they have restored most of the recession-forced cuts to K-12 education. What they fail to note is that many social service programs that had been deeply cut, or prevention programs that have long been neglected, remain close to below their pre-recession levels.

The hardest hit were the programs with the fewest advocates — healthcare for the poor, spending on the disabled, the elderly and at-risk children, and the agencies that shoulder the unpopular job of policing prisoners. Story here.