« Diaz de la Portilla: killing guns and immigration bills was 'common sense' | Main | In South Carolina, politics with a side of football » 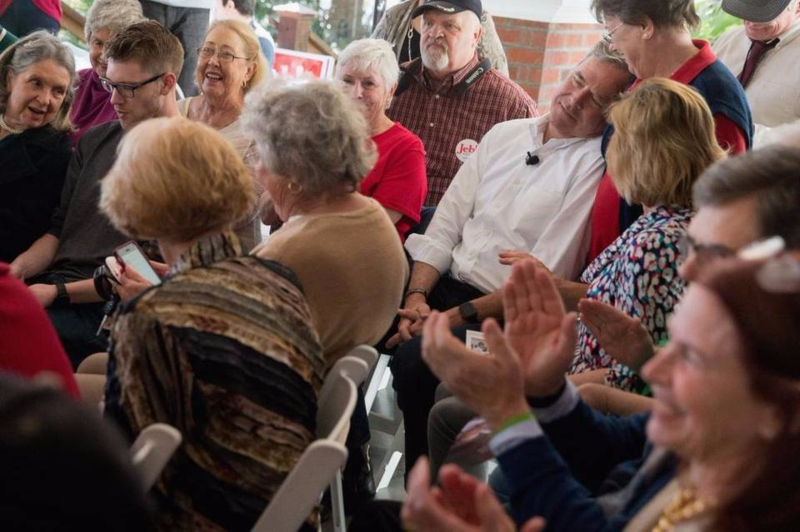 SUMMERVILLE, S.C. -- When Jeb Bush gets asked about being someone's son, usually it's in reference to his famous father, former President George H.W. Bush.

The South Carolina man who stood up at a Bush campaign town hall Wednesday in Summerville had a slightly different question.

He admired Bush's father, the man said. But did the son also have what it takes?

"'Will I be an S.O.B.' I think he said?" Bush translated to the rest of the crowd, shortening the man's phrase.